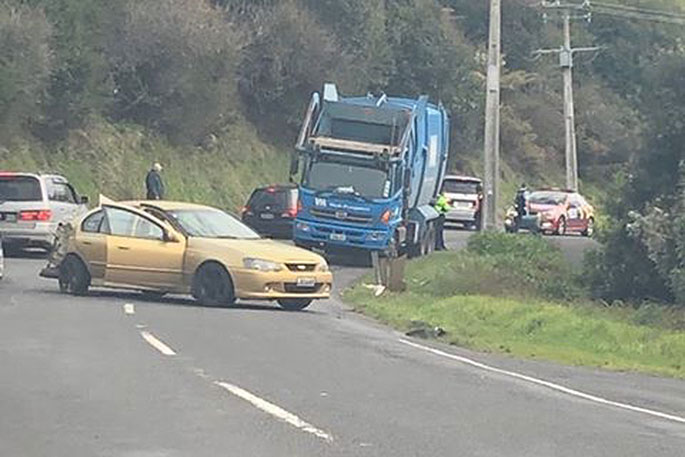 UPDATE 4.30PM: No one has been injured following a crash along Welcome Bay this afternoon.

Police were called to the incident on Welcome Bay Road between Ranginui Road and Ngapeke Road around 3.30pm.

A police spokesperson says the crash was between a car and a truck.

“It looks like the road is partially blocked but traffic is able to get through.

“There are no reports of injuries.”

Motorists are advised to expect delays following a crash on Welcome Bay Road.

A photo sent to SunLive shows a vehicle blocking one lane of the road, between Ranginui and Ngapeke roads.

The rear end of the vehicle has sustained significant damage.