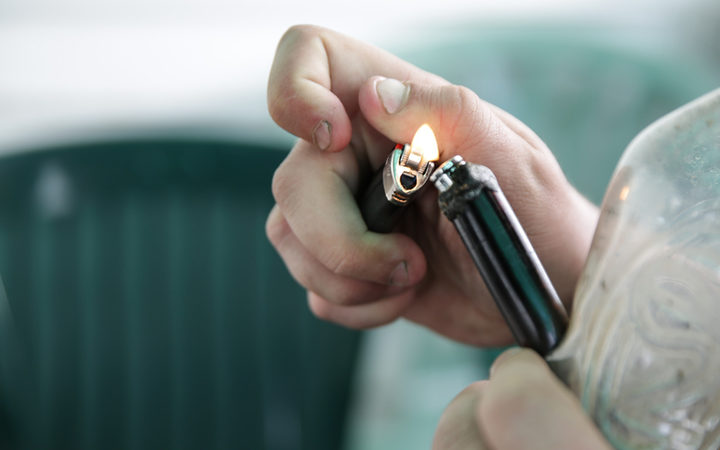 Provisional figures from the coroner show that more than 70 people have died from synthetic cannabis toxicity in the past two years.

Chief Coroner Judge Deborah Marshall says 24 people had died as a result of synthetic cannabis since June 2017, and there were 50 other cases where synthetic cannabis toxicity appeared to be the cause of death - a total of 70-75 deaths.

A coroner's report released on Monday into the death of Joseph Rakete on Queen Street in 2017, found he had a lethal mix of cannabis, synthetic cannabinoid, methamphetamine and alcohol in his system.

"When they take even just their first couple of breaths, usually from a bong, they initially become paralysed and then they go into this zombie phase.

"For some victims, if they've got a cardiac condition, or in combination with some of their normal medications, their heart can go into a fatal rhythm."

He says at one point the drug appearing in New Zealand was 15 times stronger than that being sold in New York.

Paul says synthetic cannabis is much cheaper than natural cannabis and is highly addictive.

Psychologists are finding it hard to treat addicts, because patients craved the drug for months after giving up.

In addition, many had ongoing psychological side-affects including hallucinations and delusions.

Drug Foundation executive director Ross Bell says the drug's potency is only part of the problem.

Those addicted to synthetic cannabis often came from vulnerable situations, are homeless and used multiple substances.

Ross says the synthetic cannabis crisis should have been addressed more than two years ago by the previous government.

He's confident the money now being poured into mental health and addiction services was making a difference and said the death rate had slowed in recent months.

But he warns New Zealand can't afford to become complacent in case another crisis happens.

He says getting it off the streets would take a community-wide effort, including getting any family member who are using the drug to medical help or to call an alcohol drug helpline.

Coroner Morag McDowell is planning to hold a joint inquest into synthetic cannabis deaths to determine what, if any, recommendations can be made to prevent further fatalities.

There is no official date set down for the inquest.