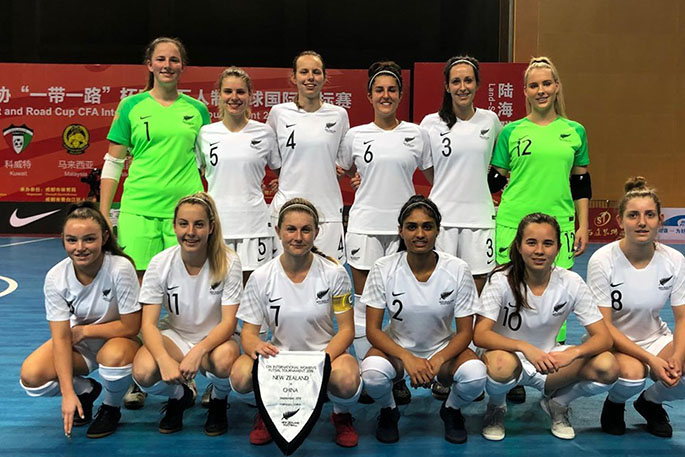 The Futsal Ferns have begun their three-match tour of China on a losing note, falling 8-3 to the hosts in Chengdu.

The visitors were coming up against high-quality opposition and took time to adjust to the class of China, who were firmly in control by the half-time whistle.

But New Zealand put in an improved showing in the second stanza, finding the net three times through Jess Verdon, Macey Fraser and captain Maxine Cooper.

Coach Nic Downes drew plenty of positives from the second-half display but admitted improvements need to be made in the next match against Thailand.

“I have mixed feelings about the performance,” says Nic.

“We’re happy that we made it a more even game in the second half and scored three goals. But then, at the same time, had we started stronger then the game could have been a bit closer.”

Nic made some tactical tweaks at half-time and his charges responded in pleasing fashion.

“Once we came out after half time and had adjusted to the tempo of the game, we also stepped up a little bit higher which I think caused a bit of disruption to China’s build-up. And then once we did win the ball we were a lot more composed on it as well – the players had a lot more belief and confidence,” says Nic.

“We did create a number of chances and, on another day, potentially we could have had one or two more goals.” 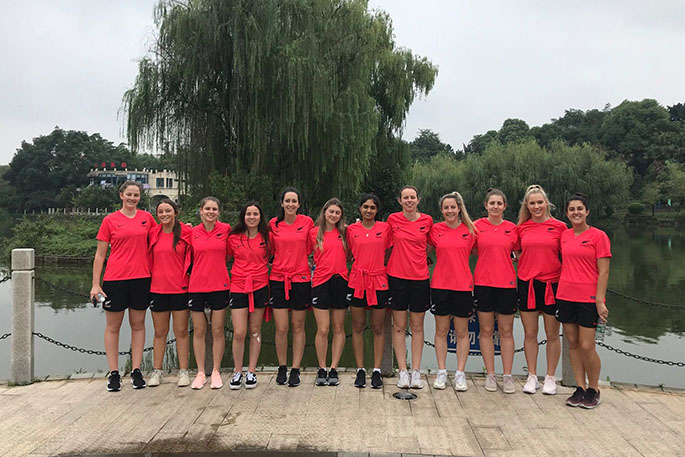 Futsal Ferns enjoying the sites in the city of Chengdu, China.

Nic was particularly pleased with the performances of a trio of debutants in Fraser, Tessa Leong and goalkeeper Hannah Hegarty.

“Macey created a number of opportunities for herself and also got on the scoresheet – I think she really enjoyed the game today and that showed,” says Nic.

“Tessa also had a very positive game, both with and without the ball, and I think we should also recognise Hannah, who made a number of crucial saves today against a very tough opposition.”

The New Zealand squad must recover quickly as they face a tight turnaround before returning to the court to meet Thailand this evening.

“We definitely learned some lessons in that first half against China,’’ says Nic.

“We made a few mistakes defensively and China had very good movement. So we’ll take the learnings from that into the second game. We’ve also learned that we need to have a bit more belief in the way we want to play and put a bit more emphasis on that rather than being reactive to the opposition. So we’ll look to tidy up defensively and hopefully be a bit more confident when we do have the ball.”