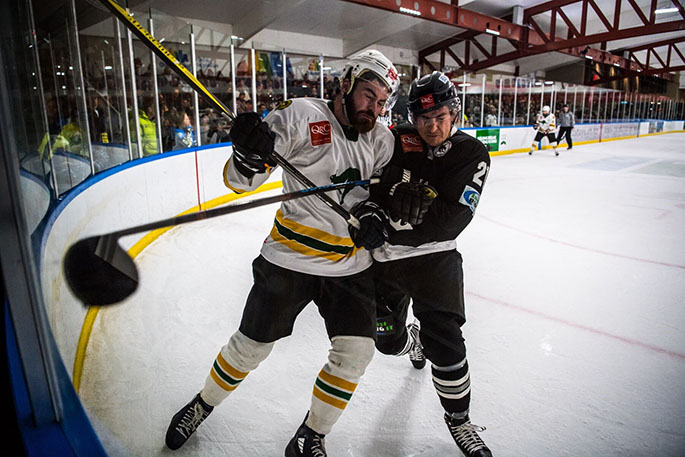 The 2019 Trans-Tasman Challenge presented by Queenstown Resort College, concluded on Saturday night between the New Zealand Ice Blacks and the Australia Mighty Roos.

After an exciting weekend of hard-hitting, high-flying ice hockey at Queenstown Ice Arena, it's New Zealand who come away Challenge victors.

This is the first time New Zealand has ever won back-to-back hockey titles over Australia, so despite losing the final game, the kiwi squad was all smiles on their way out of the venue. 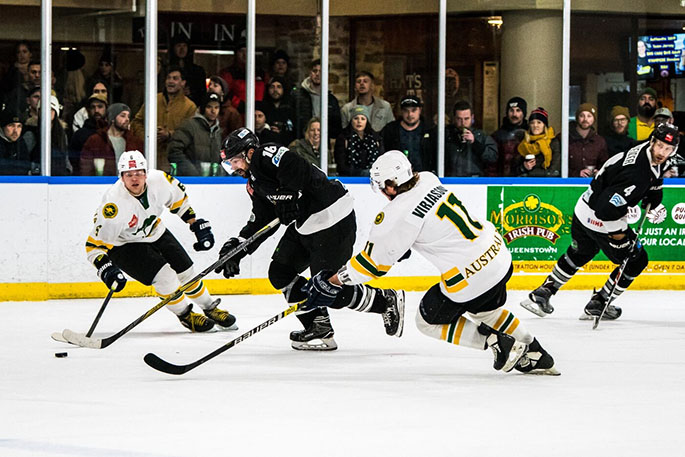 Despite losing Tests One and Two Australia's Mighty Roos still had one game of hockey left to play and were determined not to go home with their tails between their legs.

Matt Schneider scored early for New Zealand, a quick shot that surprised Australian goaltender Dayne Davis to put the Ice Blacks up early. However from that point on it was all Mighty Roos. Kieran Webster tied things up in short order and then Zach Boyle scored on the power play. Eventual Aussie man of the match Wahebe Darge fed Kai Miettenen for the third Roos goal and at the P1 horn the score was 3-1.

In the second period, Matt Schneider once again attempted to shoulder the comeback effort for the Ice Blacks but it wasn't to be. His second goal of the night was to be New Zealand's last. Wahebe scored again for the Aussies to put them up 4-2 on a gorgeous mini breakaway. The Australian side kept the pressure coming, peppering both goaltender Rick Parry and Csaba Kercso Magos with shots. New Zealand switched goaltenders at the halfway mark and managed to hold Australia to 4-2 by the end of the second frame. 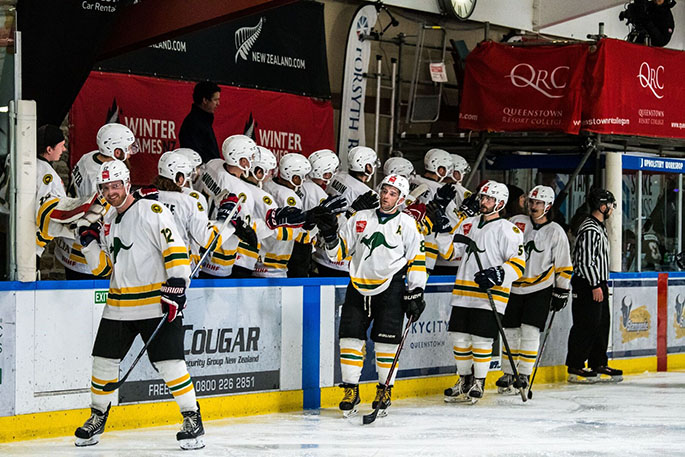 In the third, Australia opened the floodgates. They scored five goals in twenty minutes, padding out that 4-2 lead to an eventual 9-2 victory to prove they weren't going to go down without a fight. Wahebe completed his hat trick with a little tap-in goal to open up the scoring, and then Jonathan Bremner knuckled one over Magos' glove to put the Roos up 6-2. Vadim Virjassov, a standout player from last year's Trans-Tasman Challenge, potted the Roos seventh goal, just managing to trickle one past Magos. Then Hayden Dawes added his own to the scoresheet, tallying a goal from great distance through traffic. Finally, AIHL institution Bert Malloy scored the final goal of the night through his own teammates' legs, scoring a resounding ninth goal. The Aussies were playing for pride and a 9-2 victory is nothing to sneeze at.

The Trans-Tasman Challenge presented by QRC was the final event in the 2019 QRC Winter Games NZ, fuelled by Forsyth Barr, where the games celebrated ten years of sporting excellence here in New Zealand. 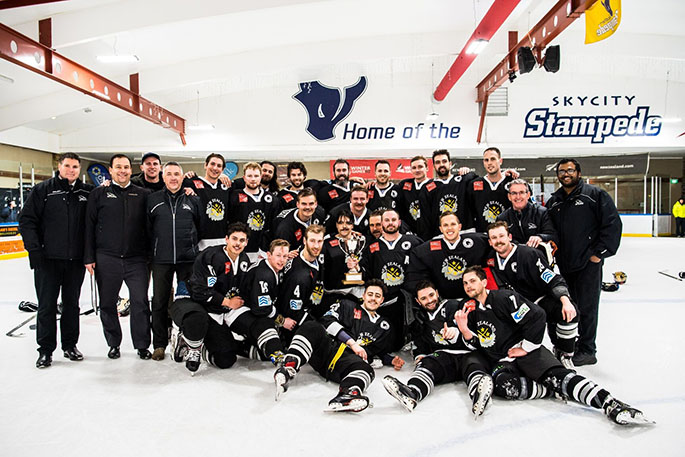