Lightning storm off NZ one of earth‘s largest 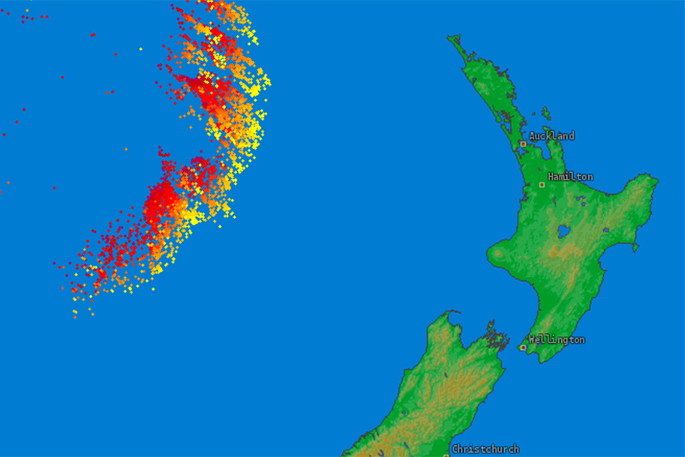 The massive electrical storm on Saturday night over the Tasman Sea was one of the largest on earth. Image: WeatherWatch

Thousands of lightning flashes lit up the Tasman Sea on Saturday night and on a global scale it stood out as one of the largest on earth.

WeatherWatch reported that although the massive electrical storm over the Tasman Sea stood out globally, it weakened as it moved into New Zealand.

An active front crossed northern New Zealand early Sunday morning, bringing rain to much of the North Island and thunderstorms to northern regions.

“There were 841 lightning strikes recorded over the upper North Island early Sunday morning,” says MetService Meteorologist Peter Little, “with the bulk of them occurring in Northland (560) and Auckland (207).

“The front responsible for triggering these storms was very active, and over 13000 lightning strikes were detected over the waters surrounding the upper North Island in a 12-hour period.”

Peter says there’s a risk of further thunderstorms for northern New Zealand today and on Monday, see the latest Thunderstorm Outlook for details.

Meanwhile, a cool southerly flow over central and southern New Zealand meant many places struggled to make it into the teens this weekend.

“Kaikoura recorded a high of just 9.2°C on Saturday afternoon, which is nearly 5 degrees below their average for September,” says Peter.

Warm and cold air colliding in spring is a trademark of the season and is the perfect recipe for thunderstorms. But while some of the thunderstorms will move into NZ on Sunday, the low itself -- where the energy was mixing these two air masses so perfectly on Saturday evening for a time - isn't moving here so fast, so that means as the thunderstorms move closer to NZ they move out of such favourable conditions to be so "spectacular".

The cool weather also prompted Road Snowfall Warnings to be issued for some higher roads, and snow briefly closed the Desert Road during Sunday morning.

Further periods of snow may affect the Napier-Taupo Road, Desert Road and Porters Pass in the coming days. See the latest Road Snowfall Warnings for details.

The outlook for the start of the working week is for rain to return to northern New Zealand, and a Heavy Rain Watch has been issued for Coromandel Peninsula and western Bay of Plenty.

For the remainder of the country we expect the cool temperatures to persist, with mostly cloudy skies and isolated light showers in the east, while western places should remain mainly fine. 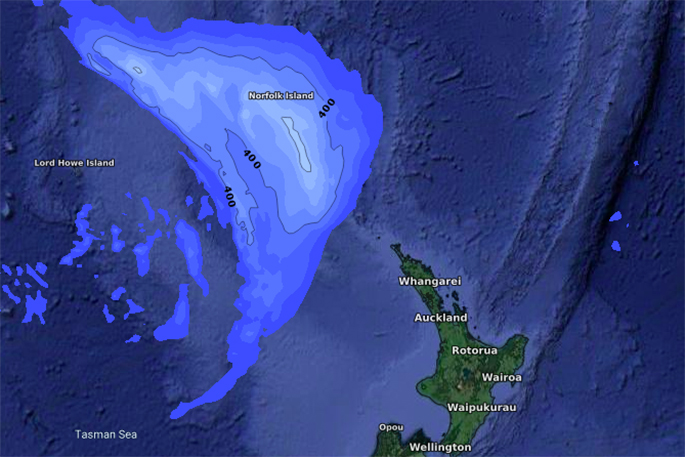 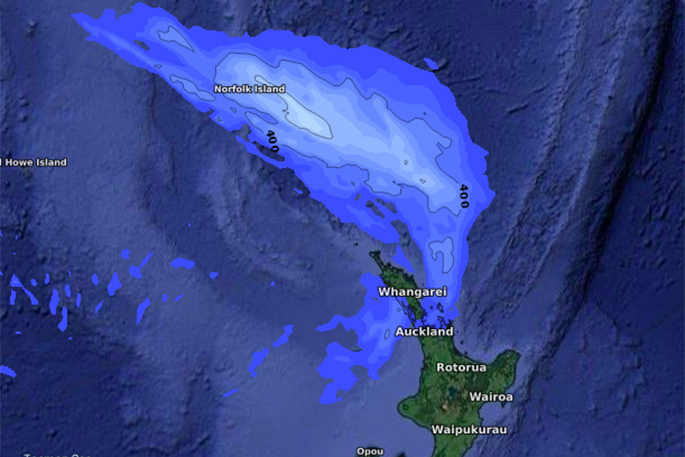 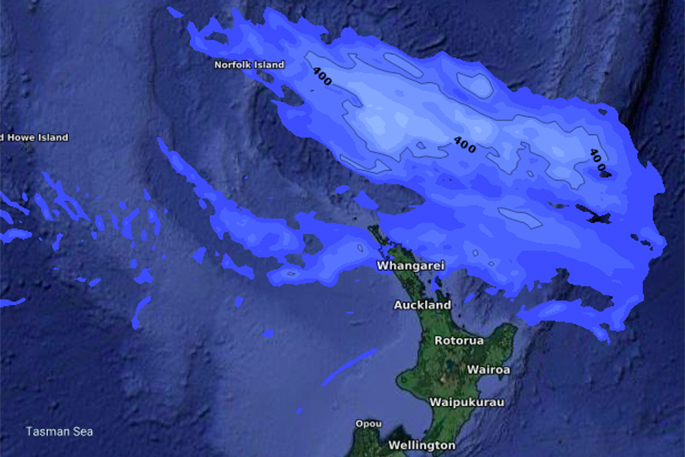 6pm Sunday September 8. Most of the energy is tracking north of NZ.