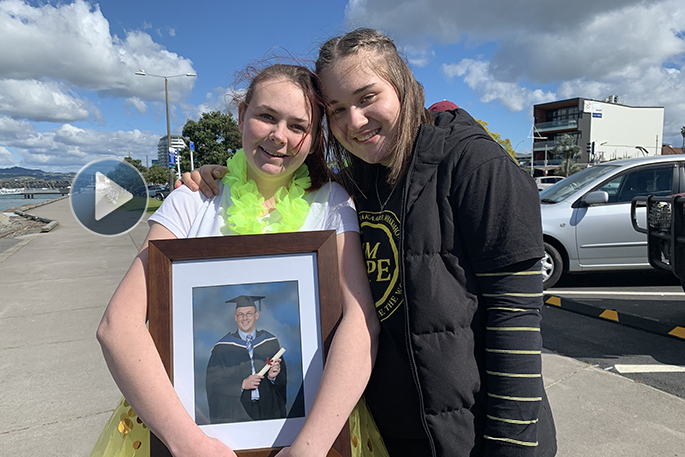 Many people wearing yellow turned out in the chilly breeze and sunshine today to come together in a public walk of hope and remembrance and to help raise awareness about suicide prevention.

“It’s a beautiful day to take a walk in remembrance of our loved ones we’ve lost,” says Dj-Mickel Arataki.

The HopeWalk Tauranga event started this morning at 11am at Memorial Park with a fundraising sausage sizzle run by Rapid Relief Team and supported by Mai FM.

The 3.8km walk started at 1pm, with participants dressed in yellow walking from Memorial Park, along the Tauranga waterfront and ending up at Tauranga Fish & Dive at Marine Park where more food and drinks were available. 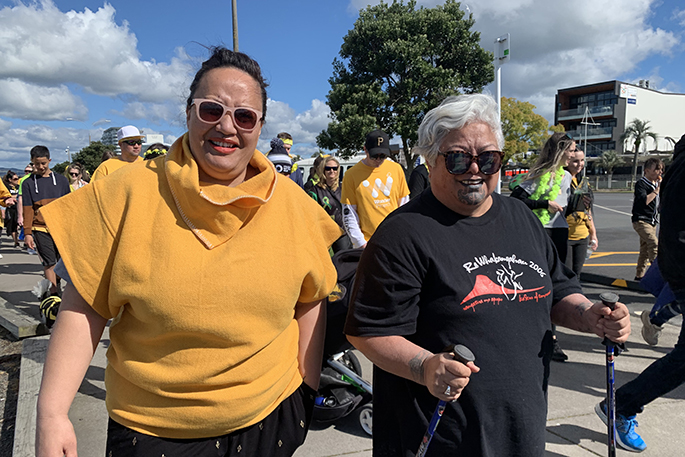 “I’m here today with my niece Pare Taikato, and I’ve got other members of my family who are at the starting line,” says BOP Regional Councillor Matemoana McDonald. “I’m waiting for them next to Bobby’s fish shop and we’re going to join the walk.

“We’ve come here to support the kaupapa because many of our family have been impacted by this. And so we are fully behind this kaupapa.”

“We have personal experience of whanau members, family members impacted directly or who have died by suicide, and really the statistics are impacting young Maori youth in a big way, so we want to join in and be here in support of the kaupapa,” says Pare. 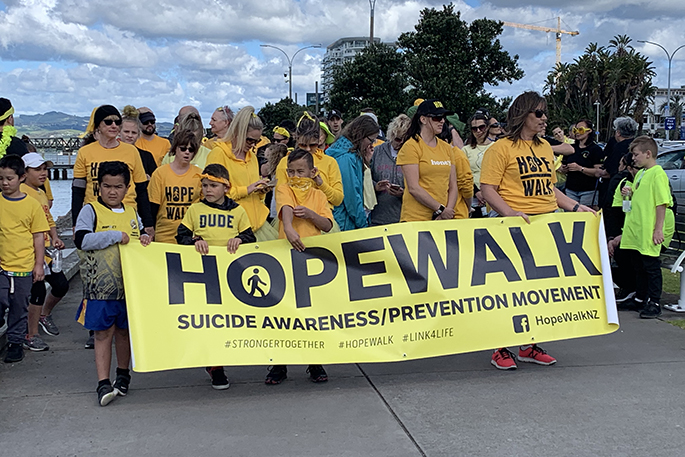 In the 2018/19 period, the number of suicides in New Zealand has reached its highest-ever level, with 685 people dying in the year to June 30, a record number since reporting began in July 2007.

Chief Coroner Judge Deborah Marshall released the provisional suicide statistics in August, showing there were 17 more deaths than in the previous year - an increase of 2.5 per cent.

There has also been an increase in the numbers of young people dying by suicide, particularly those in the 15 to 19 year age group, where numbers rose from 53 to 73 over the same period.

Men continue to be more at risk, with 68 per cent of the deaths this year men.

There was also an increase in suicide statistics amongst Maori and Pacific Islanders.

The Maori rate rose from 142 to 169 deaths, whilst the Pacific Island figures rose from 23 to 34 deaths. 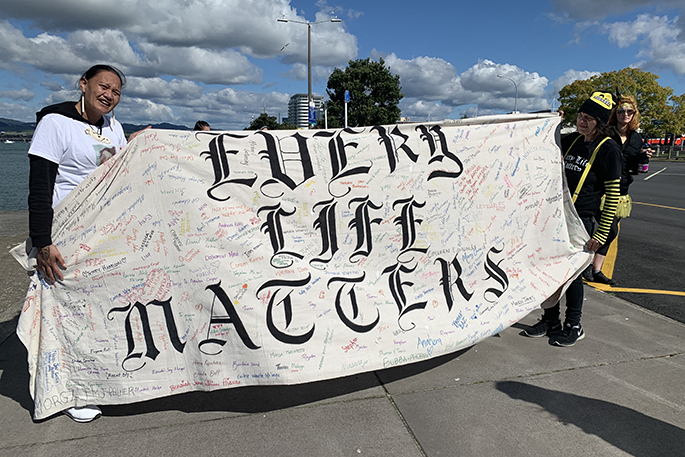 This is the third HopeWalk for Tauranga and was organised and led by local youth group Young Connex with Waipu Hauora. HopeWalk is a movement to bring greater awareness around the issue of suicide and promote suicide prevention. Yellow is the international colour for suicide awareness.

Sophie Moore was walking with her friend Morgan O’Keefe and carrying a framed photograph of her father Scott Peter Moore.

Leading up to the event, walkers were able to purchase official HopeWalk tee-shirts and caps from Phreaze Factory where all proceeds go towards making the event happen. Any remaining funds are donated to the HopeWalk Charitable Trust. 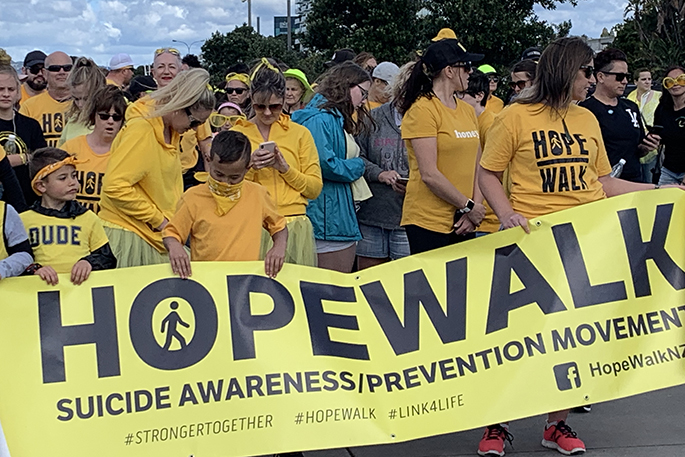