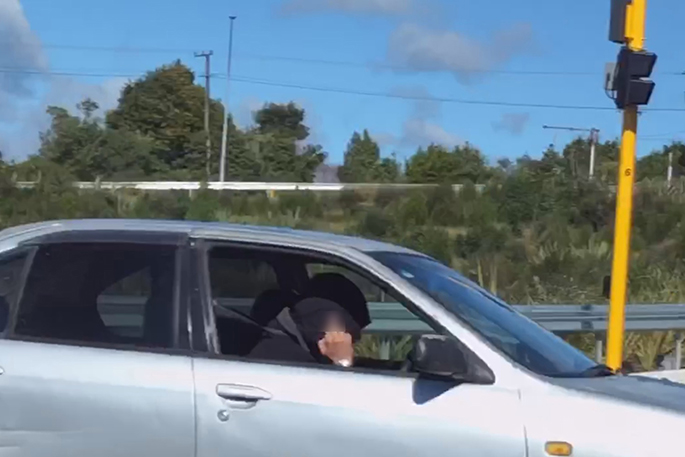 The driver of the stolen car passing through the Maungatapu roundabout. Image: Supplied

The driver of a stolen car was taken into custody today in Te Puke following the car being spotted earlier by Police in Tauranga.

“Police spotted a stolen car in Gate Pa, Tauranga at 10.15am today,” says a Police spokesperson.

“The car was signalled to stop by Police and failed to do so. Police briefly pursued the car before abandoning the pursuit.”

The car, a silver Nissan Primera, was seen soon after, coming through the Maungatapu roundabout, where the driver made an obscene gesture at a photographer.

“The car was then seen again on State Highway 2 heading towards Te Puke,” says a Police spokesperson.

“Police searching for the car in Te Puke were alerted to a suspicious vehicle by members of the public.

“The driver was located in the stationary car a short time later and taken into custody just after 11am.” 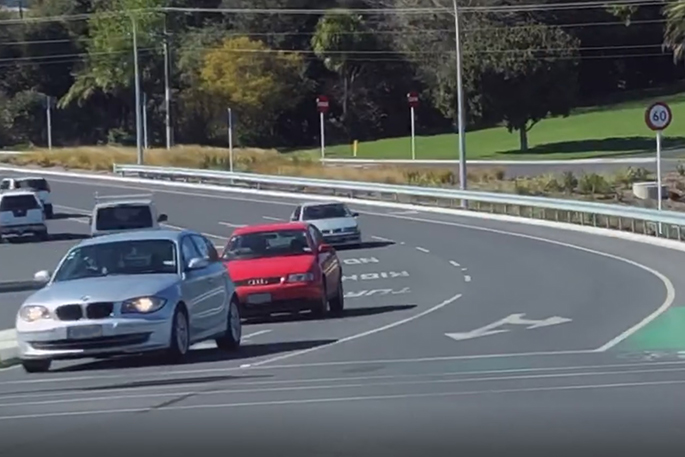 Crims have got nothing better to do with their time ...? Why not help out a sport team or a handicapped person ... ??

is this the same chase that went through Welcome Bay about 10.30 this morn