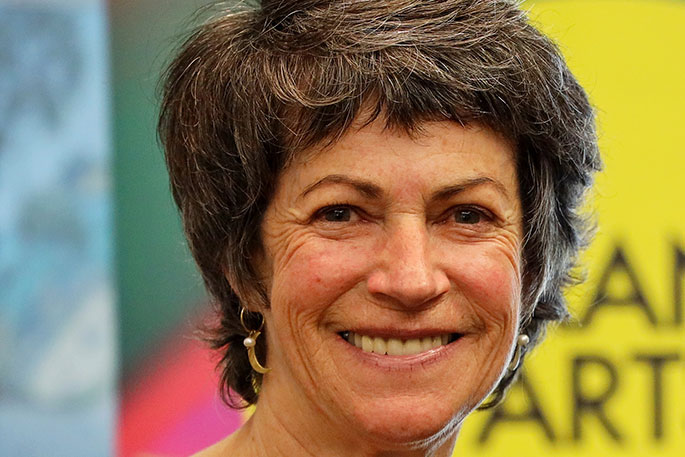 Tauranga Arts Festival, which opens on October 24, has today announced that it is seeking a director for events from 2020 with the news that Jo Bond is stepping down after this year’s festival.

“It’s with great sadness that we’re saying goodbye to Jo as our director,” says Kathryn Lellman, chair of the festival’s board of trustees. “She has been an outstanding director for four festivals but has decided it’s time to move on.

“All the team – staff, volunteers and trustees – wish her well in her future endeavours and we are so appreciative of her passion for the festival. In her typical understated style she didn’t want to announce her news at the recent festival launch at Baycourt, preferring to ensure the focus remained firmly on the programme.

“Her ability to remain calm under pressure and produce a superb ten-day festival for all ages and interests always impresses us," says Kathryn. "We know how much goes on behind the scenes but nothing is too much trouble for Jo and she had been a large part of the reason why our festival has a sterling reputation for its programme and for treating its artists well, so much so that we often have requests to come and perform.”

Ms Bond joined the festival team in 2003 as a part-time administrator. She became general manager in 2011 before taking on the top job in 2013 – the Tauranga festival’s first female director. She has also established the three-day Escape! festival, which next takes place in June 2020.

Her role has included attending the world’s largest arts festival in Edinburgh, as well as festivals in The Netherlands, Shanghai and all over Australia as she searched out new acts. Jo has also worked on a number of other festivals locally, nationally and internationally, including the Jazz Festival, Tauranga Garden and Arts Festival, WOMAD in New Plymouth, and she has volunteered at the Wilderness Festival in Britain.

Jo says one of the most rewarding aspects of her job has been helping nurture new talent, citing the play 'Daffodils', which performed at the 2015 Tauranga festival and which has recently been made into a successful movie.

“That, and exposing our theatre-makers and creatives of tomorrow to the best of today.”

Kathryn says the position of director is crucial to the ten-day festival’s ongoing success.

“Tauranga has been so lucky to have had four dynamic directors from the first festival in 1999. The fifth director will have big shoes to fill," says Kathryn.

Nationwide advertising for the role begins on September 10. Jo, after winding up the paperwork for this year’s festival, which ends on November 3, will stay on into the new year to assist the new director into the role.

Due to demand, an extra performance has been added to the Tauranga Arts Festival and the one-man comedy Kaput will now play for a third time at 6pm on Friday, October 25 in the X Space at Baycourt Theatre. Australian Tom Flanagan pays homage to his silent film comedy heroes in the family-friendly award-winning show. Tickets, including family tickets, are on sale at Baycourt’s box office and via the website, taurangafestival.co.nz. General admission earlybird prices apply until September 13.