Tauranga Boys’ brave fight is over 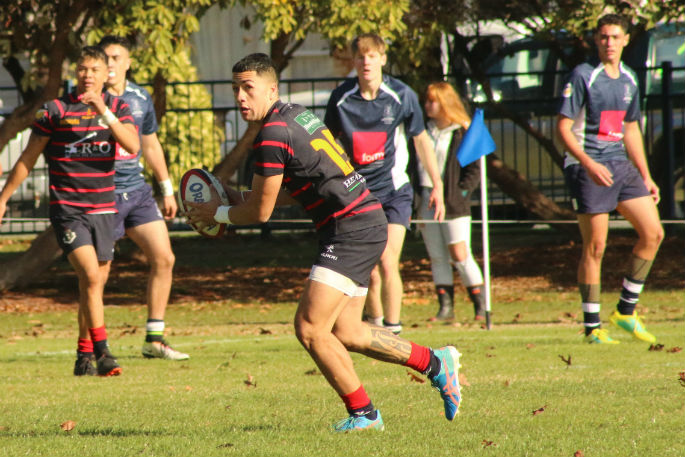 It has been a memorable season for Tauranga Boys’ First XV rugby.

The 2019 version of the team that has produced 14 All Blacks took on Hamilton Boys’ in the Chiefs regional final played on Saturday in Hamilton.

The prize for the winner was a place at the NZ Barbarians National First XV Championships (the Top Four playoffs) at the Rugby Institute in Palmerston North later this week.

Super 8 champions Hamilton dominated the second half to eventually put paid to Tauranga’s dreams of a first ever Top Four place with a 32-12 victory.

It was the first time Tauranga Boys’ had reached such dizzy heights. Even the 2010 First XV that included All Blacks Sam Cane and Nathan Harris was not able to get to this stage.

Hamilton lead 3-0 at the halftime break after an opening spell as close as the score suggests with Tauranga Boys’ winger Ryan Schneebell twice coming close to scoring.

Two tries in the opening five minutes of the second spell and another 15 minutes in saw Hamilton leap out to a 22-0 lead that proved decisive.

Tauranga fought back well to score two tries and show plenty of the commitment and courage they have shown this year.

Tauranga reached the Chiefs final after claiming the Bay of Plenty title after a meritorious draw with Rotorua Boys’ which was decided by Tauranga scoring the first try. They then knocked over Taranaki champions New Plymouth Boys’ 15-9 at Nicholson Field last weekend.

“They have developed a culture and it is a team that is built from within. They don’t have the luxury of a hostel to attract players in there so they are all local Tauranga boys,” says Ian.

“They have worked hard, are not the biggest team in the competition but play with great spirit and good patterns. That is why they were able to get so close to Rotorua Boys’. It has been a bloody good effort for a small rugby school in comparison to Hamilton Boys’ and we think their achievement this season has been just outstanding.”

Ian says the other positive impact from the 2019 season has been the improvement in the Second XV.

“It bodes really well for them. (Tauranga) has the most number of secondary school teams in the Bay competition and their whole philosophy is just develop and encourage kids to participate and let the best float to the top.

“They are always going to be a force to be reckoned with going forward.”