Where $51m museum money will be spent 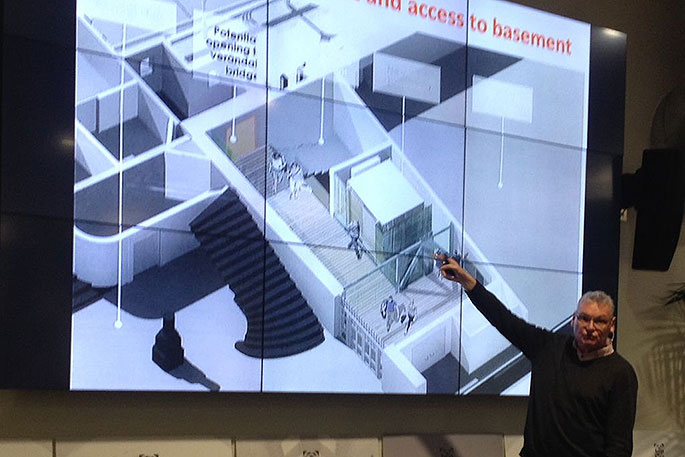 The cost of infrastructure for the Rotorua Museum will absorb a solid portion of the $51 million already raised for its restoration.

Another $6m will be needed for the exhibition area within the museum, but essentially work can begin with funds already guaranteed from local government, central government and various local agencies.

“Success for us will look like nothing has happened,” Stewart told the gathering of a wide representation of the public.

“Fundamentally, she (the building) will look as beautiful as before.”

He outlined some of the obstacles involved in the renovation.

And like an old building of the ancient world, crumbling with every wind gust, the 111-year-old structure posed more problems with each dig into its infrastructure.

Building codes of the day were conformed with – even at direction from Wellington in 1906 with the discovery of railway irons in the bowels of the structure – but the 2016 earthquake in Kaikoura meant critical adjustments.

Work will be slow, for as he spoke, Stewart noted, asbestos was painstakingly being removed.

To an intense audience, he explained how over the years the structure had weakened. Most of the bolts had corroded for example.

Compliance is a big challenge on a Heritage building.

Roofing had leaked “since day one” and poor ground conditions upon which sat in effect three buildings to form one offered various degrees of strengths did not help.

Big digs over the years to support super structure had thrown up different types of soil – clay and even lake bed sediment when Lake Rotorua levels were higher than today.

“That’s the ground they’re trying to build on,” Stewart says.

He noted the strength of the building was 10 per cent of what it should have been.

Placing steel reinforcements into the building was a real feat.

The building was not square and consequently the walls were not straight.

The result is that “space by space, room by room we have to resolve [structural] conflicts”, Stewart says.

Hydrogen sulphide was creeping up through the floor, to the extent that to close it off an estimated 200 truckloads of under floor ‘shot crete’ was needed to proof the floor and seal the emissions.

“We are uncovering things we don’t know about – scans can’t see through walls.”

He says the further $6m needed to exhibition redevelopment was more than the $4m of several years ago.

The talk is the first of several updates planned until the middle of November involving the museum, forest development, lake restoration and the Sir Howard Morrison Performing Arts Centre, also affected by quake damage.