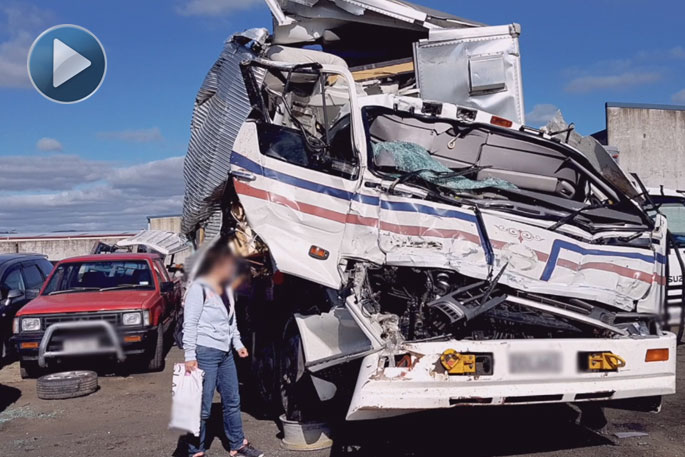 This is the slogan of Steffi August’s petition to lower the speed limit of heavy vehicles to 80 km/h. The current limit on New Zealand’s road is 90km/h.

She's pushing for change after her husband Fred died suddenly in a truck accident in April.

Good friend and fellow collegue Zac Marsh survived the crash. He spoke with SunLive about the crash earlier this year.

Steffi hasn’t let this tragedy change her zest for life or her need to take action.

“It’s time to take action, nobody takes it seriously. Nobody drives to the conditions because they’re all under pressure.”

She says the lower speed limit would enable cars to pass trucks at a safer speed and help prevent unnecessary accidents, her aim is to decrease fatalities.

“I don’t want anybody going through what I went through. A little change can make a huge difference here in New Zealand.”

“In Europe for most countries it’s 80kmph for truck drivers. They have far more trucks and far better roads and it’s 80. Our roads are very bad they, are not good for 90 for a truck.”

Steffi met with Labour MP Jan Tinetti to chat about her idea and they realised Jan knew Fred as well.

“Fred was the person who moved us to Tauranga in 2006. Fred was amazing, we got to know him very briefly in that time but he is one of those people that comes in and out of your life but stay with you,” says Jan. 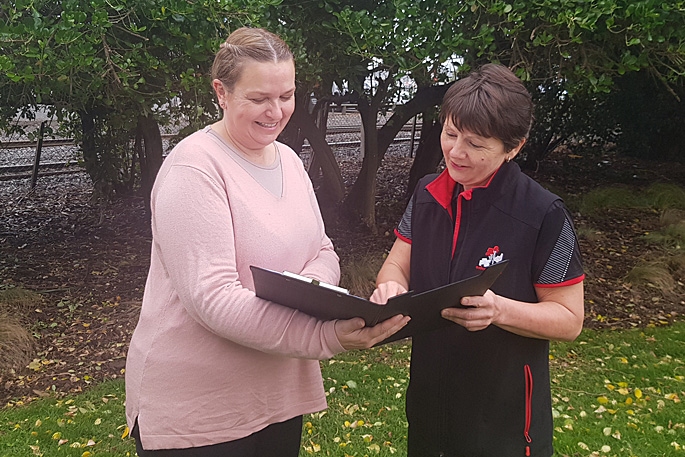 Jan gave Steffi advice on how to create her petition and is presenting it to parliament on her behalf.

“I’m fully supportive of what she’s trying to do. Nothing good can come out of what happened but sometimes we’ve got to look at what we can do.”

“She’s amazing, she’s an incredible woman. If anyone can make this happen it will be Steffi,” says Jan.

Even if the petition doesn’t result in lowering the speed limit Jan says it’s important because it starts a conversation and gets people thinking.

“The thing about a petition is it’s the ability to look at an area that may need looking at.”

“What Steffi’s asking for may not be the exact outcome, but it’ll make people look at and find out what the best outcome might be.”

Steffi has posted her petition on several Facebook groups and has received some negative feedback but she remains positive about it.

“When I read the comments, at first I have to take a deep breath, then read them and I always see something positive in everything. I will send everyone a nice message.”

Her goal is to get 1000 signatures and she always has the petition on hand to gain support.

“I meet people all the time so I have it with me wherever I go. I ask people and if you don’t ask you don’t get.”

If her petition is successful in lowering the speed limit she will be honouring Fred’s memory by saving lives, she says.

“I would be very, very proud of Fred and Fred would be proud of us as well.”

“He is just one in a million, the hardest worker ever. We were married for five years and we never had an argument.”

The petition closes on October 1 and will be presented to Parliament on October 2.

It can be viewed here.

I dont want to be stuck behind trucks doing 80? Nobody does. I have lost friends who ride motorcycles being hit by cars, maybe I should start a petition to get the car speed limit reduced... so then, trucks will be allowed to do 80, cars will be allowed to do 90 and motorbikes 100? How about people simply obey the speed limits that are there now and drive to the conditions.. now, there’s an idea. Be careful what you wish for

New Zealand motorists being what they are will make them take more risks when passing if they lower the speed limit for trucks. lower the limit for all vehicles by 10 ks