A dangerous road to the Royal NZ Police College 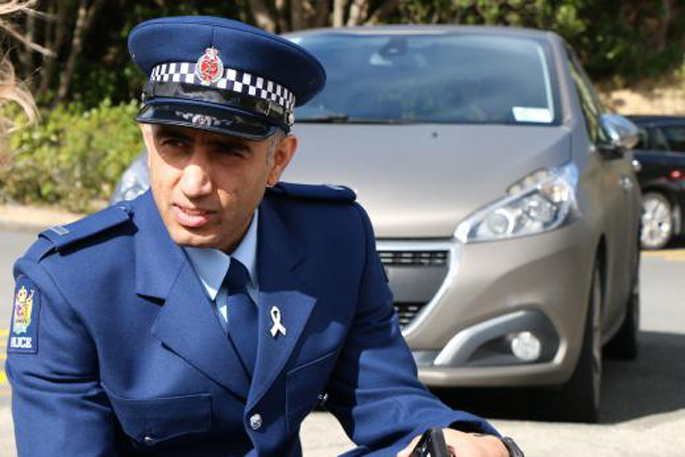 New Constable Yama Bashiri is already qualified in dealing with danger – just four years ago he was working in security in support of British and American convoys within his home country Afghanistan.

Becoming a member of New Zealand Police has been a long and arduous journey for Yama, one of 60 members of Wing 329, the Fa’amatuainu Tino Pereira wing, which graduated last week.

Yama was one of several international recruits – other countries of origin include Brazil, Chile, India, Britain and Australia.

Yama was born in Kabul, Afghanistan but he’s been living in New Zealand since 2015.

“I was seven years old when I lost my father in a civil war,” says Yama.

“He was on his way to work when an RPG hit nearby and killed him.”

Until 2015 Yama’s main responsibility was ensuring security and logistics for convoys moving equipment between provinces – news bulletin names like Kandahar, Helmand, and Jalalabad roll off his tongue.

All were in target zones.

“Obviously in Afghanistan every day is dangerous,” he says. “That’s our normal.”

“Sometimes it was very dangerous.

“Inevitably we lost some of our security guards.”

Change came in 2014 when he got married and the following year the ongoing deterioration at home in Kabul prompted a visa application and he arrived her in September 2015.

An application the police soon followed but first there were English and literacy courses to be done and exams to be passed.

Yama remained unwavering in his determination to give back to the community that had accepted him, and for the past two years volunteered with community and ethnic patrols in inner-city Wellington.

He enjoyed it so much he did double shifts.

“This work confirmed to me that I wanted a career with the police,” he says.

He’s proud to have made it to the front line in uniform.

“I joined the police to be a role model for my community and also because this beautiful country has given me a lot of opportunities.

“It is time to give back to society and be part of the mission to make New Zealand the safest country.”

He says he is very, very proud to be where he is.

“I want to be a bridge between New Zealand Police and people here who have had bad experiences with police in their own country.

“I want them to know they can have trust and confidence in our police.”