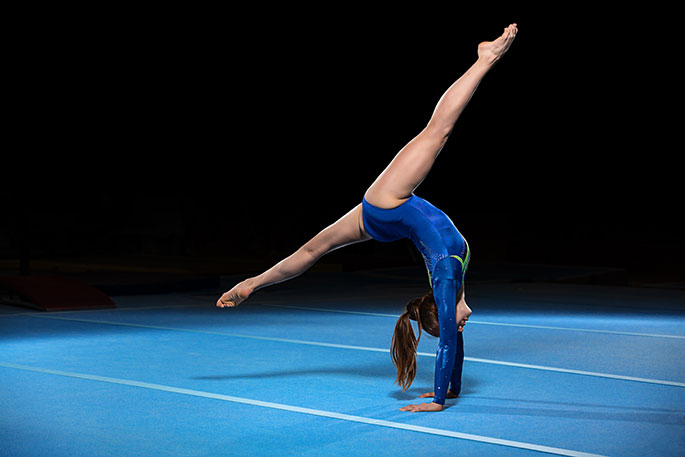 The 2019 New Zealand Gymnastics Championships will be held in Auckland in October. File Image/SunLive.

Bay of Plenty representative gymnasts are looking strong as they prepare for the upcoming 2019 New Zealand Gymnastics Championships.

More than 1000 athletes will vie for podium positions at the 2019 New Zealand Gymnastics Championships, to be held in Auckland in October. Among them are 65 Bay of Plenty gymnasts who are ready to showcase their countless hours of training and hard work at the national competition.

The squad comprises of 27 trampoline and tumble gymnasts, 26 male and female artistic gymnasts, 10 rhythmic gymnasts, and two aerobic gymnasts, each athlete carefully selected from gymnastics clubs around the Bay of Plenty.

Ten-year-old Lulu Miller, from Impact Gymsport Academy in Mount Maunganui is a bundle of nerves and excitement as she prepares to compete in her first national competition as a Step five artistic gymnast.

“I’m looking forward to getting to know the team,” says Lulu.

Step six gymnast Agustina Gonzalez from Te Puke Gymsport is also looking forward to competing at nationals for the first time. As an artistic gymnast, she will perform routines on floor, vault, beam and uneven bars. Her favourite apparatus is beam.

Meanwhile this will be the third time competing at nationals for 17-year-old Ella Westenberg. This year’s national competition will mark the end of an era for the level nine rhythmic gymnast.

“I’m excited – and a little nervous, because this is my last year competing,” says Ella.

“I will miss the sport and my team mates.”

Step nine artistic gymnast India Jarden from Argos Gymnastics in Tauranga is also no stranger to nationals, this being her fifth time at the competition.

The gymnasts will be accompanied by 20 support staff. Among them is Trampoline and Tumbling head coach Lynette Farkash from MIGS.

“Training preparations are going really well and we are excited to be heading up to Auckland in a few weeks – we will be aiming to defend out titles and bring home those medals,” says Lynette.

Women’s artistic head coach Ebony Matenga from Impact is also looking forward to leading the gymnasts to success at national.

“We’ve got a great bunch of gymnasts. Many have competed at nationals before, so they know what to expect,” says Ebony.

It will be Ebony’s first time in the head coach role for nationals.

“It’s a lot of responsibility, but I’m always up for a challenge!,” she says.