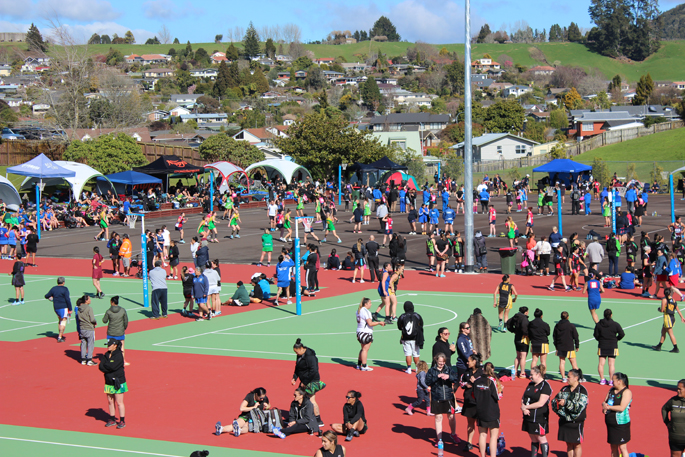 Teams from all over come to Rotorua for the tournament. Images: Supplied.

The Kurangaituku Netball Tournament has been running since 1993 and has been growing ever since.

Now in its 86th year, organisers say there is no doubt it will continue to grow for many more years to come.

“It started as one tournament but because of the popularity we divided it up so that we have lower and more social grades the first weekend and higher and more serious the second weekend,” says Netball Rotorua secretary Mary Thompson.

“Twenty-five years ago we introduced a third weekend for schools as many schools had started entering the senior weekend and we felt the competition was not suitable for school teams.”

Weekend one of the three tournament weekends has already been completed, with the first taking place on August 30 and 31, the second weekend is happening this Friday and Saturday, with the third taking place on September 14 and 15.

“When our courts were at Kuirau Park we only had 10 courts so we had to limit team numbers, but when we moved to Westbrook with 20 courts, we were able to double to number of entries we could accept.

“The schools weekend has never been that big but is growing each year. This year we have 72 teams entered which is the most we have had enter this tournament.” 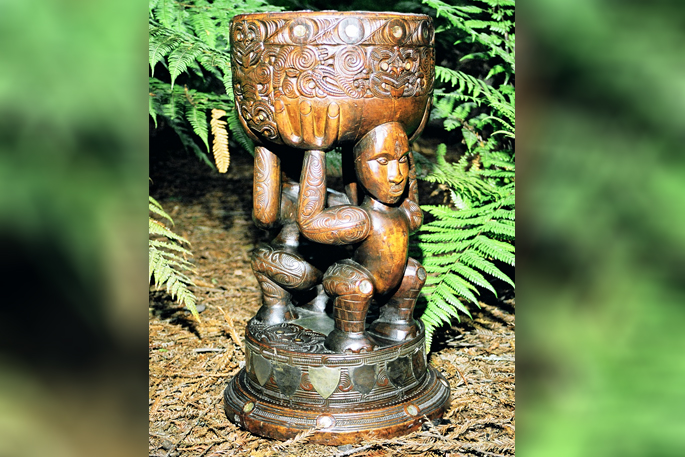 Just one of the trophies that teams will be playing for.

Mary says as long as they have the people prepared to do all the hard work and run these tournaments, they will continue.

“Very few netball centres run tournaments for club teams. They all seem to have them for representative teams only, so our tournaments give teams the opportunity to play against teams from all over NZ in a tournament situation.

“Because it is at the end of the season, most of the teams use it as an end of year breakup and save and fundraise all year to get here.

“We have to keep putting up entry fees due to rising costs but it still does not seem to deter the interest. It costs Netball Rotorua a large sum of money to run these tournaments and to make it work,” says Mary.

She says they believe the reason teams return year after year, and want to come to the tournaments is because it is so well run.

One day one of the tournament, games start at 8am. Each round sees 32 teams and 32 umpires taking the court. Each game has been shortened to be 9 minutes each way with a round lasting for 20 minutes.

“The day goes from 8am to 4pm and we run to time throughout the whole day,” says Mary.

“The teams and umpires are amazing. They know the drill and are almost as organised as we are! They know if they are late to get to the court they lose the game by default, so consequently they are nearly always there right on time and ready to play.

“Many of the clubs have been coming for years on end and it is a tradition for their club to attend this tournament.

“So many friendships are made and these players meet old friends each year at these tournaments.”