Measles outbreak “not yet at its peak” 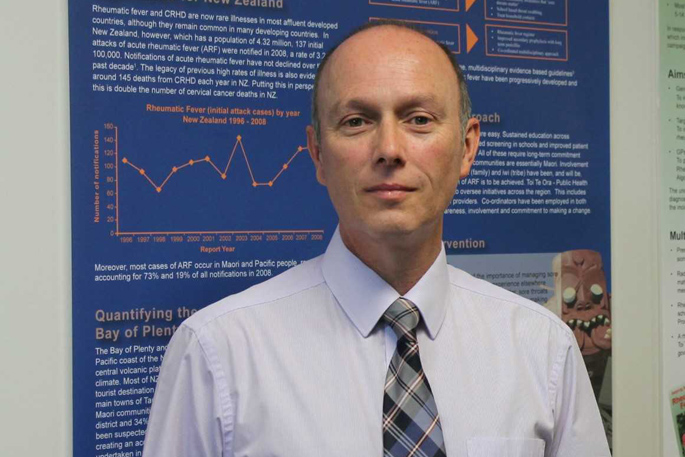 Health officials are urging people to make sure they are immunised or those who have been in contact with an infected person to stay away form anyone who is not immunised. Pictured: Dr Jim Miller.

More than 800 people in Auckland have now caught the measles, with more than 50 schools and a similar number of childcare centres experiencing cases this year.

The Auckland Regional Public Health service said, as of Monday afternoon, there have been 804 cases, up from 778 on Saturday.

More than two thirds of Auckland's infections have been in Counties Manukau.

Nationally there have been 963 cases, with over a third of those being hospitalised.

But, health authorities are warning the measles outbreak in Auckland has not yet reached its peak and they expect cases to continue to climb in the coming weeks.

He says Auckland's measles outbreak is expected to peak.

"We didn't model the numbers per se just the timing of when the peak would be and the expected timing is around two weeks' time.”

"So we will continue to see these numbers track through for the next fortnight that's what the model suggests, but that does rely on us continuing to immunise those groups that the DG [Director-General] has asked that we need to make sure are immunised."

Ashley says the number of measles cases was not at an epidemic level yet and health authorities were focused on the outbreak in Auckland and preventing further cases elsewhere.

The New Zealand Maori Council has called the handling of the measles outbreak across New Zealand an absolute dog’s breakfast and slammed the Governments patch work response.

Matthew Tukaki, Executive Director of the Council says the prevention approach has waned, the controls that should have been in place have obviously failed and we ae seeking mass suspensions from schools – and the lives of children are at risk.

“This has to be a national joke. Can someone please explain what the national strategy for vaccination actually is and where is the messaging and campaigns around immunization?

“Even at our boarders all you see is the odd A4 to seek help if you have a fever and not something more specific when it became clear kiwis or tourists were coming back from overseas infected.

Matthew says New Zealand is a relatively small country and there is no way this outbreak should have got out of hand.

Bay of Plenty Toi Te Ora Public Health is urging people to check that they are up to date with their MMR (measles, mumps and rubella) immunisation.

“The size of the measles outbreak in South Auckland, and the fact that it continues to grow is really concerning. Immunisation uptake in our area is not currently high enough to prevent outbreaks here,” says Dr Jim Miller, Medical Officer of Health for Toi Te Ora Public Health.

“Measles is a serious disease; almost half of the people who have had measles in our area this year have ended up in hospital.”

Immunisation is very effective in preventing measles. The vaccine that protects against measles is the MMR vaccine. This is usually given to children at 15 months of age with a booster at 4 years.

“People planning to travel to Auckland or overseas with children under 15 months should ask their healthcare provider about earlier vaccination.”

Organisers of the Anchor AIMS Games are reminding schools to heed Ministry of Health and DHB advice to help curb the spread of measles.

The 16th edition of the annual intermediate-aged tournament kicks off in Tauranga on September 8, with 11,500 entries from around New Zealand and the Pacific.

A large contingent of athletes will be coming from Auckland where the measles outbreak, which started in January, has had the most impact.

Anchor AIMS Games Trust chairman Henk Popping says the health, safety and wellness of the athletes was of paramount importance.

"Our tournament director Vicki Semple has been monitoring developments for the best part of two months and we sent out information to all 369 participating schools in late July with advice on what to do."

That advice, which included a letter from Toi Te Ora Public Health medical officer Dr Phil Shoemack, says that anyone with measles will be required to stay away from the Anchor AIMS Games (and other sporting events and school) for seven days from the appearance of the rash and until recovery.

Anyone who is not immunised and has contact with someone found to have measles may also be required to stay away from the tournament, the letter said, for 14 days from the last contact with the sick person. Read more here.

The only way is to have all attendees prove they are immunised, like schools are starting to do and immunise those who aren’t. If parents refuse to immunise their children then they should accept their children be excluded from the AIMS games and school too. Their choice their consequences. Hope they can live with any subsequent severe health issues or deaths of their children or the harm caused to all under 12 month children who aren’t immune because of their age

How about people traveeling to Tauranga?

Hundreds will descend here for the Aims Games next week. How wise is this?