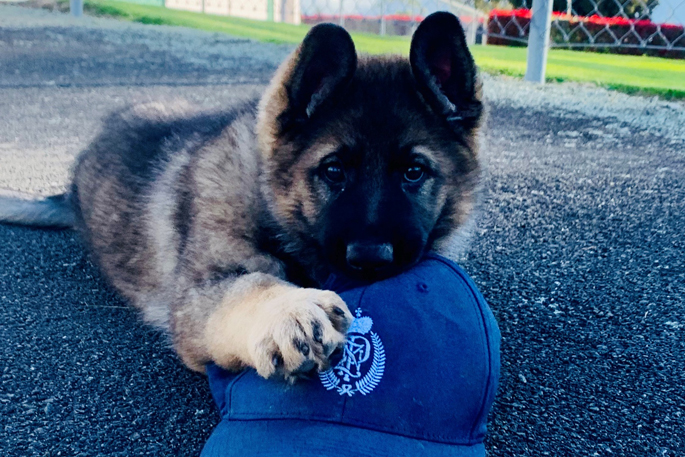 The new pup is looking for a name starting with ‘M’. Image: Bay of Plenty and Taupo Police Facebook page.

A new police foster puppy has arrived in Tauranga, and he needs a name.

“He is from the M litter so we will be naming him with his name starting with the letter ‘M’,” says the Bay of Plenty and Taupo Police Facebook page.

The page is calling for suggestions from members of the public.

To submit your ideas, head over to their Facebook page.