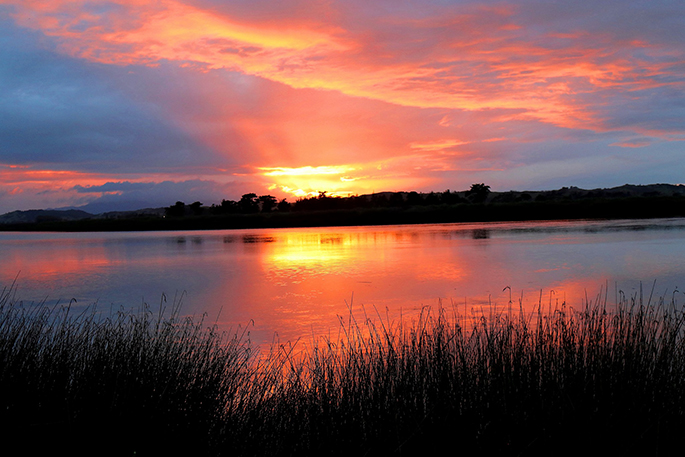 New Zealand has basked under settled conditions for the last few days of winter, but the MetService forecasts a significant change next week.

There are still a few of days of fine weather to enjoy however, especially for those in the South Island.

On Saturday the main centres soaked up plenty of sun, with Wellington clocking up 10.3 hours of sunlight, over double its August average. Meanwhile several places in Central Otago hit 20 degrees and most major cities peaked in the mid-teens.

The weather for Sunday, both Father’s Day and the first day of Spring, continues to be calm and sunny although cloud will spill into the north and west of the North Island this evening. The source of the cloud is a weak low to the northwest of the country, but one that MetService meteorologists are keeping a close eye on.

“The subtropical low in the Tasman Sea, currently halfway between Brisbane and Norfolk Island, isn’t a big player at the moment,” explains meteorologist Tom Adams. “However on Tuesday a trough in the upper atmosphere gives it an extra boost just as it nears New Zealand, and then Spring starts to show its unsettled side.”

“The upper trough helps the low deepen which brings heavy rain and northeasterly gales to the upper North Island on Tuesday and Wednesday.

“The rain sinks south over the rest of the country on Wednesday and Thursday, meaning a damp end of the week for most people.

“The tropical air pulled down by the low will at least mean warm temperatures, but by the end of the week the winds switch southerly, and we are likely to see another top-up of snow in the mountains.”

“This is completely normal for Spring, but is an extra reminder to Kiwis to keep checking the forecasts,” says Tom. 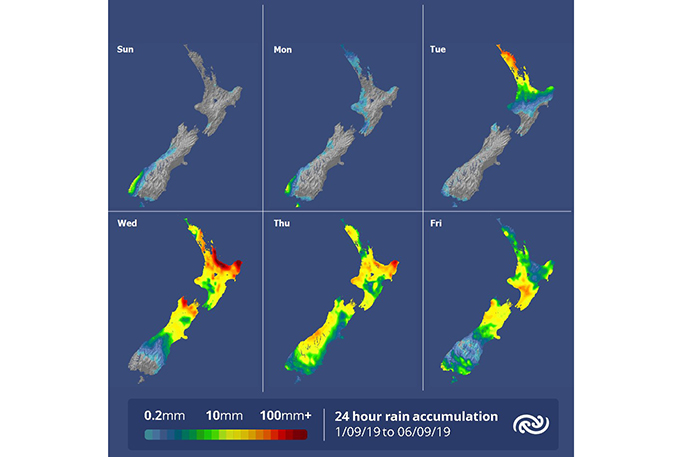