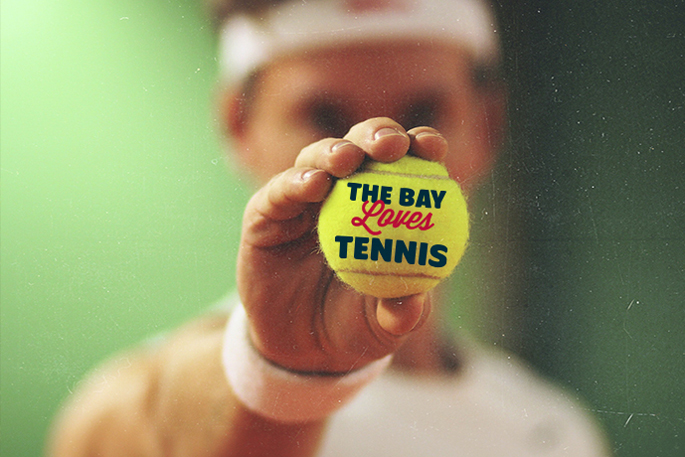 A new online brand has been created to promote the synchronised Open Days of eight tennis clubs across the Western Bay on Saturday September 7.

The Bay Loves Tennis Facebook page will encourage tennis players from across the region to visit a nearby club, have a hit, enjoy a BBQ and meet some new people.

Jody Robertson of Western Bay Tennis says recent national research showed that people belong to tennis clubs because of the fun factor – so they wanted a brand to capture this feeling.

The brand and campaign for the Open Days in the Western Bay are being run by local agency Whare PR, who are sponsoring the publicity.

“Fun is a great antidote to the stresses of the modern world and tennis clubs are hugely social, across all age groups. There are so many opportunities to meet new people are lots of scheduled programmes throughout the week such as Cardio Tennis, Business House, Mid-Week Ladies, Junior Tennis and Interclub that people can join.

“Getting fit and staying healthy is the next reason why people are joining clubs, followed by wanting to play competitively,” says Jody.

The Western Bay has a reputation for being competitive at a national level with eight juniors ranked in the Top 20 nationally and several overseas on tennis scholarships.

At the last Senior National Individual Championships in January, well over a dozen players reached finals and semi-finals in their respective age groups.

The clubs are professionally organised and have great facilities, and the research showed that members perceive high value from being in a club.

Jody says with burgeoning population growth in the region, the open days will offer new families and people in the region the chance to experience the clubs for free.

For further information and timing for each club go to: https://www.facebook.com/thebaylovestennis/