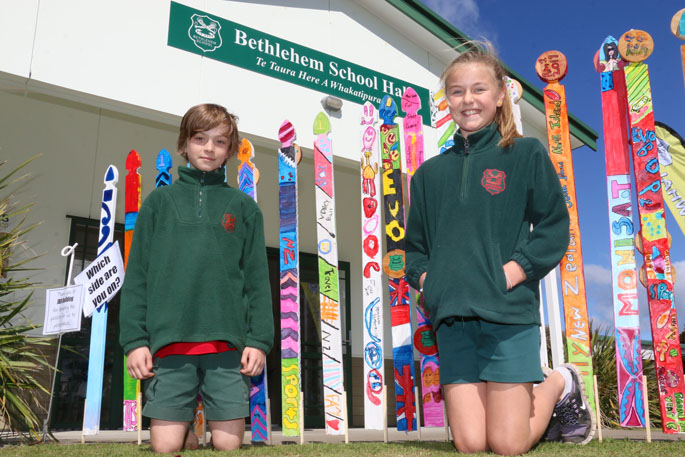 Classroom furniture was pushed back, tarpaulins were put down and just one of the many art displays for the Bethlehem School Art Exhibition were made.

Art work of all different colours, sizes and types have filled up the Bethlehem School hall this week, with art work from every student on display for staff, parents, caregivers, family and the wider community to enjoy.

There were individual pieces from each classroom and a school project as well where each student got to decorate a feather which was then added to a set of wings.

One of the teachers Jan-Marie Williams and her class created individual pickets, to create a picket fence.

“It was more about them being individual and that not everyone’s dream is to have a white picket fence and to get the kids to realise their individualism, and that the things that are valuable and important to them link them to the communities that they live in.”

She says the art exhibition theme was ‘Our Community’ and that’s why each picket is so different, because it’s about what’s important to them and what communities they belong to. Each picket has its own story for each child. 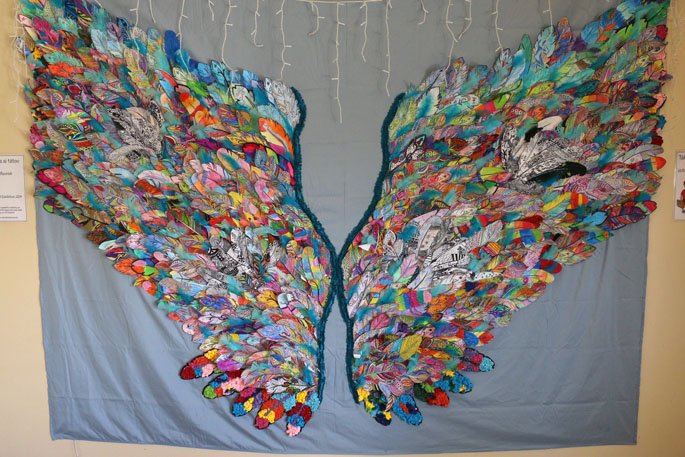 The wings which each student had a role in making.

She says through doing the picket fences she got the students to think about the bigger picture rather than just themselves.

“Getting them to think about other people and difference and diversity and things like that so they realise that not everybody is the same.”

One of the students who painted a picket, Chelsea Turner says through doing this they learnt how to mix colours and learnt how to paint properly.

Another student Jesse Jenner says it was fun.

“It’s a bit of a break from work and it’s quite relaxing,” says Jesse.

“It’s fun just painting and you could do whatever you want on your picket,” says Chelsea.

On Jesse’s picket he painted his friends, family and his interests whereas Chelsea painted her parents work places, her dancing and then painted fish which represented her family.

Another class at Bethlehem School taught by Megan Marshell-Hall created 3-D flowers made out of vinyl records.

She says they have come out amazing.

“It was a really neat process for the kids to be a part of because they had to go through right from when it was a vinyl record, we learnt about what actually vinyl records were and used for. They then had to design and plan what their actual painting and things would look like, and then apply that to the records.”

She says she got the idea from ‘trusty old Pinterest’. 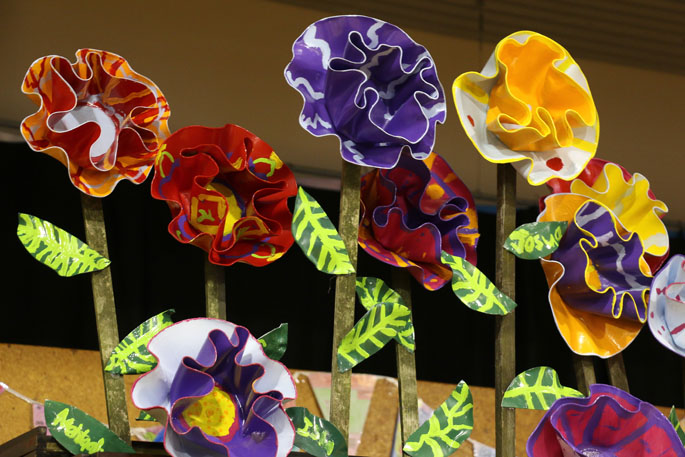 The vinyl records which have had offers to buy.

“I’d seen vinyl records used and manipulated in things and then had a look on Pinterest of what other things you could do with then and I saw these flowers and just thought they looked amazing.

“I really liked that it was something different but they still had to apply the artistic thought and stuff to it. We talked about colours and things because we wanted the colour choices that they made to be contrasting colours or colours that would make it pop out.”

Megan says the feedback they’ve received from the flowers were amazing and even had people offer money for them.

“We had The Incubator Creative Hub director Simone Anderson here at the art exhibition opening, and she liked them so much that she actually commissioned them to be in the Fringe Village art festival held over Labour Weekend.

“So that’s just incredible, we are really proud about that and it’s just great for the kids.”

She says the whole art exhibition shows amazing diversity that is seen through the art.

“The time and commitment that the kids have put in is just incredible. Our school valuing the arts and the creativity is so important. I mean reading, writing and maths, we are always pushing and always doing but something like this just shows that really important value and that there are other areas that kids can be experts in and other life choices that they can make,” says Megan. 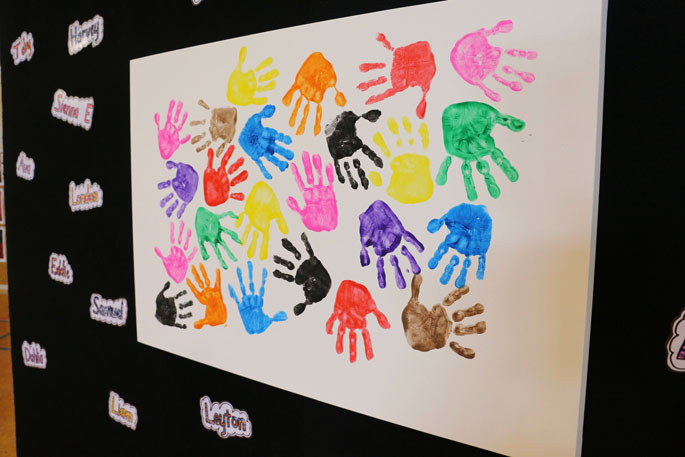 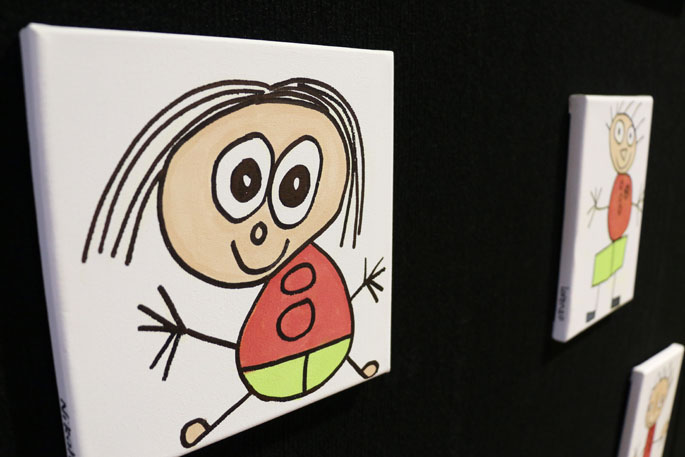 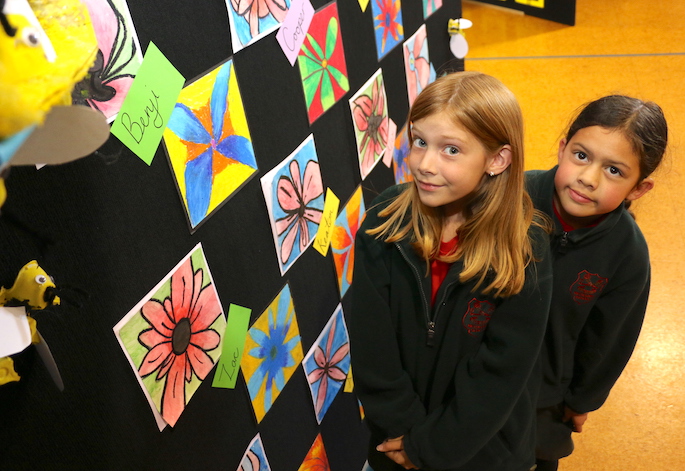 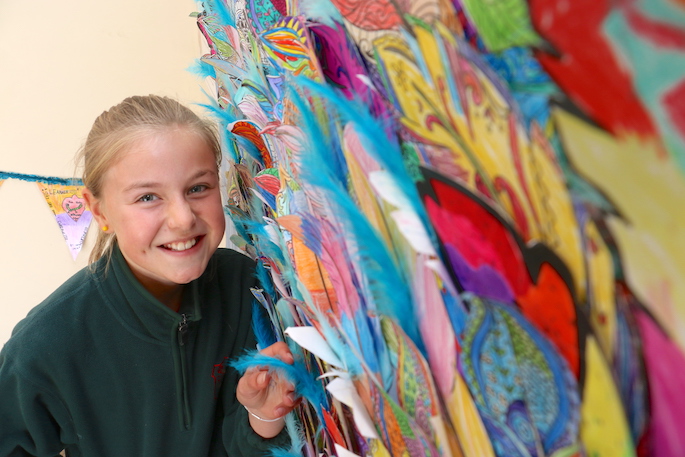 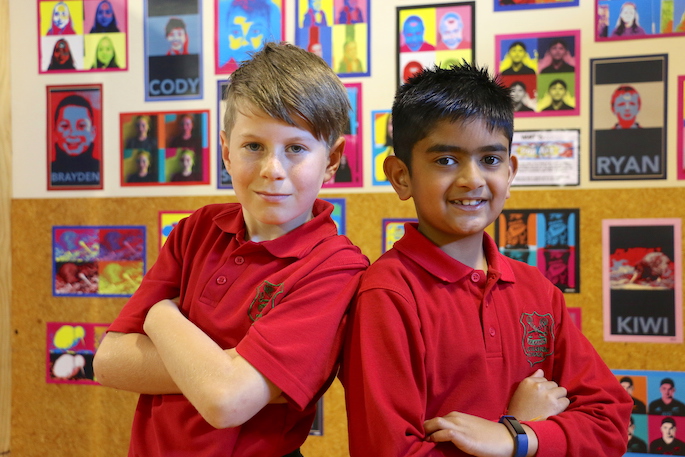 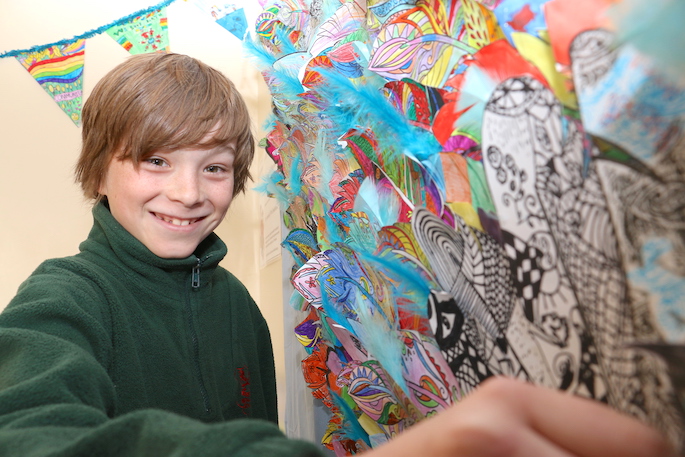 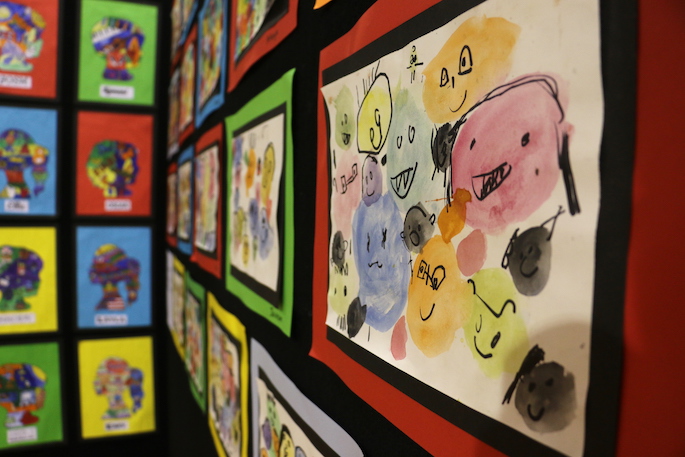 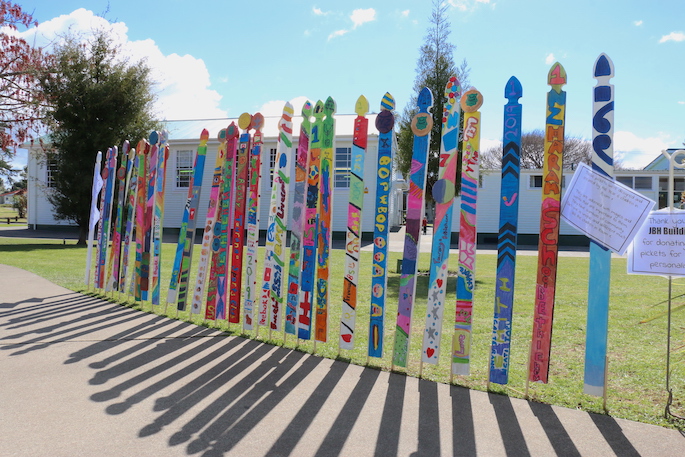 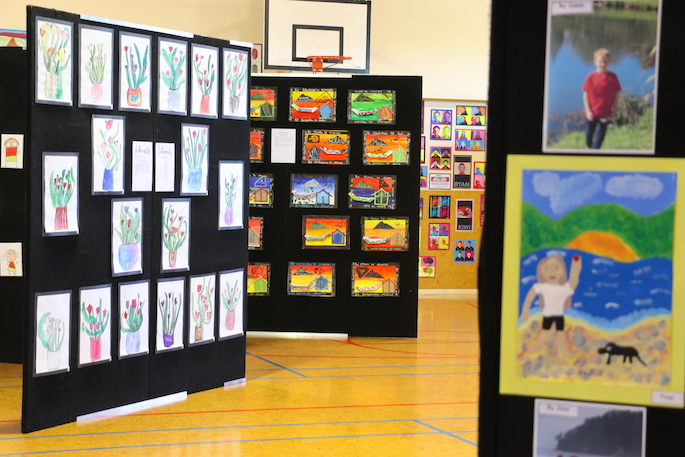 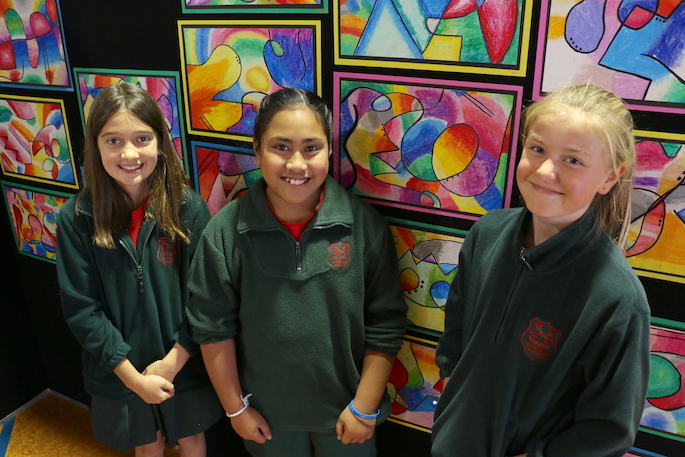 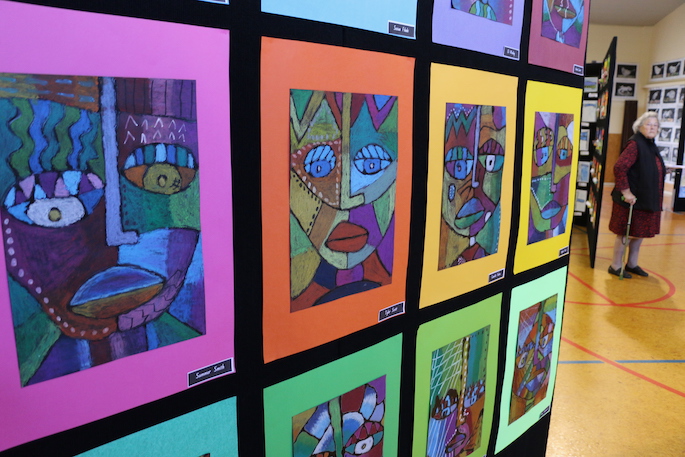