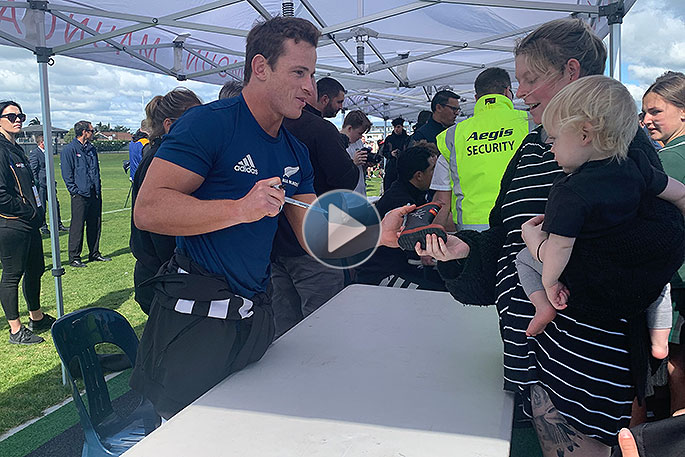 The All Blacks stopped off in Mount Maunganui today as they prepare to jet off to Japan for the 2019 Rugby World Cup.

It’s less than one month until 20 teams and their fans descend on Japan for the Rugby World Cup 2019.

The All Blacks will again be captained by Kieran Read, who will be taking part in his third Rugby World Cup, together with lock Samuel Whitelock and midfielder Sonny Bill Williams. Nine players will be going to their second Tournament, while 19 are going to their first.

"The All Blacks selectors would like to congratulate all those selected for Rugby World Cup 2019,” says Steve.

“It's a special moment being named in any All Blacks squad but especially when it's the Rugby World Cup and they and their families can be incredibly proud of what they've achieved.

"As always, we'd also like to take a moment to respect the effort and disappointment of those who've missed out. It's a tough time in anyone's career. The selectors wanted to point out that it wasn't a case of anyone not being good enough to be selected, but more the fact that we can only take 31, so there was always go to be some very talented athletes that would miss out. Having said that, as we know from previous Rugby World Cups and other campaigns, we may have injuries so those players who missed out may get an opportunity.” 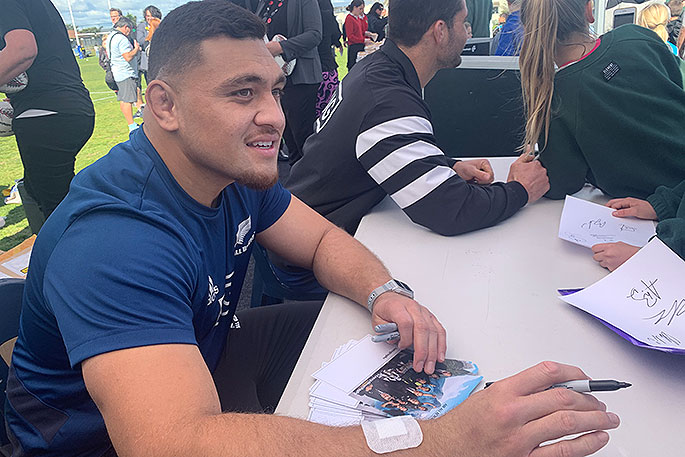 Steve says over the last couple of months, the team has been working at getting their game plans sorted while the selectors had been using the games to get greater clarity around the selection of the team.

"Now we are finally in a position to put all our time, effort and thinking into what is going to be an awesome challenge to try and do something that's never been done before - win three Rugby World Cups in a row.

"Yes, it will come with massive expectation and therefore pressure. We're looking forward to tackling that pressure head on and enjoying everything that comes with it. We know it'll be tough and that we'll need to earn the right, every time we play, to continue throughout the Tournament. However, that's exciting and knowing we've faced that pressure before gives us confidence. There are no guarantees in sport. However, with talent, hard work and mental fortitude, we'll give ourselves a chance.

"This Rugby World Cup looks like being the most fiercely-contested yet with a large number of teams all believing they can win. This will bring possibly more pressure and expectation on them than ever before and it will be interesting to see who can and who can't cope with it."

Fans are getting the chance to see the Rugby World Cup players out and about with the All Blacks To The Nation visits, with the guys stopping in Mount Maunganui today.

The squad will assemble in Hamilton on Monday to prepare for the pre-Rugby World Cup Test against Tonga on Saturday 7 September, before departing for Japan on Monday 9 September. 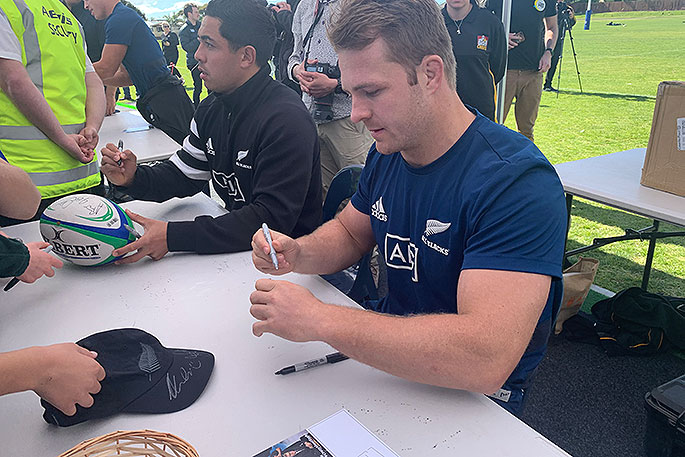 The All Blacks Rugby World Cup squad boasts 1,195 Test caps with huge international experience balanced with a number of newer All Blacks. Read is the most capped player with 121 Test caps, while loose forward Luke Jacobson is the newest All Black with one Test cap. The side has an average age of 27.

The All Blacks will kick off their Rugby World Cup campaign against South Africa in Yokahama (Saturday 21 September), then play Canada in Oita (Wednesday 2 October), Namibia in Tokyo (Sunday 6 October), and their final Pool match against Italy in Toyota (Saturday 12 October).

The 31-strong squad is as follows (with age, Super Rugby team, province and Test caps):