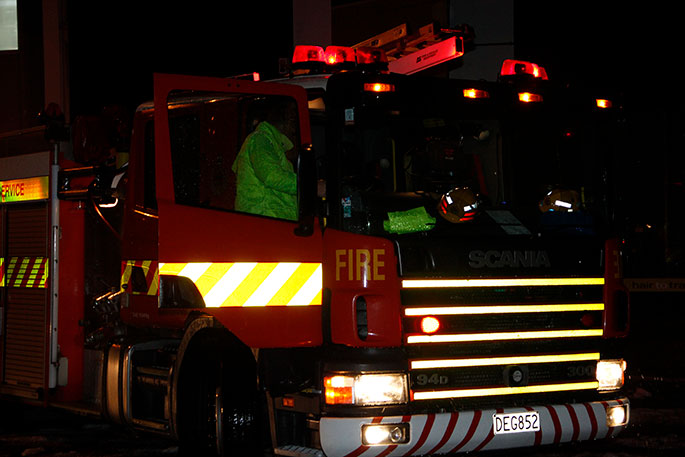 Firefighters were called to the car fire just before 2am.

Police are investigating a car fire in Tauranga.

The Greerton Fire Brigade was called to a car on fire near Silkwood Way, in Tauriko, just before 2am.

“The police were called to check it out.”

No other vehicles were reported to be involved.

A police spokesperson says officers were called to the car fire around 5am.

“The person who notified us had seen some people behaving suspiciously in the area earlier.

“We've taken a statement from that person and are making further enquiries.”

Anyone with information about the car fire can contact Tauranga Police Station on 07 577 4300.