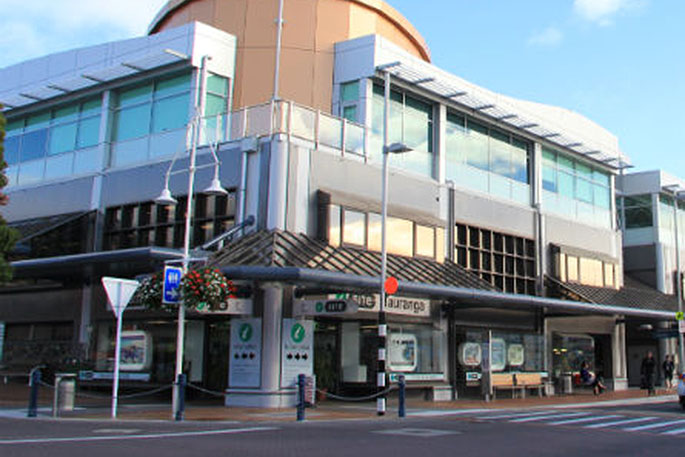 The council is currently operating out of three different CBD buildings.

Tauranga City Council is looking at a number of different options for what the future civic centre of the CBD might look like.

At a public workshop on 23 August, councillors heard a number of presentations exploring options for the development of a possible new civic administration building on Durham Street, opposite the Baycourt Theatre complex.

The proposed development will be considered as a potential solution to the ongoing cost and efficiency issues the council faces due to the need to operate out of three separate CBD buildings.

Council’s community-based Technical Advisory Group also expressed excitement about the concept, with chairperson David Hermann indicating that the location of the civic administration building away from the current Willow Street site would “provide an opportunity to free-up the area and create a true community heart, which would contribute substantially to Tauranga’s identity, wellbeing and vibrancy”.

These included having the support of “operators who are the best in the game” in developing and testing the feasibility and cost of the administration building concept, while allowing Council to retain full control over the project.

The proposal will now move on to the next step, which will see the Council receive a further report and presentations in early-September.

Councillors will then consider whether to approve a feasibility assessment of the building concept covering a preliminary design, potential commercial arrangements, costs and a proposed development programme.

The study would include the option of a ground level bus facility, carpark and a multi-storey administration structure.

The design brief would consider a suitable level of earthquake resilience and environmental and sustainability elements which would enhance its efficiency, and demonstrate leadership in public building standards.

As part of the feasibility assessment, which would be reported back to the newly-elected council early in 2020, a range of finance, funding and ownership models would be provided for consideration.

Any formal commitment to proceed with the development would then be dependent on the preparation of detailed concept designs and costings and a confirmed financial structure and commercial arrangements.

This is a hell of an expense to land on the shoulders of the new Council. One council contender is all for privatisation of such major undertakings. I’ll vote for him!