Sub-tropical warmth to kick off September 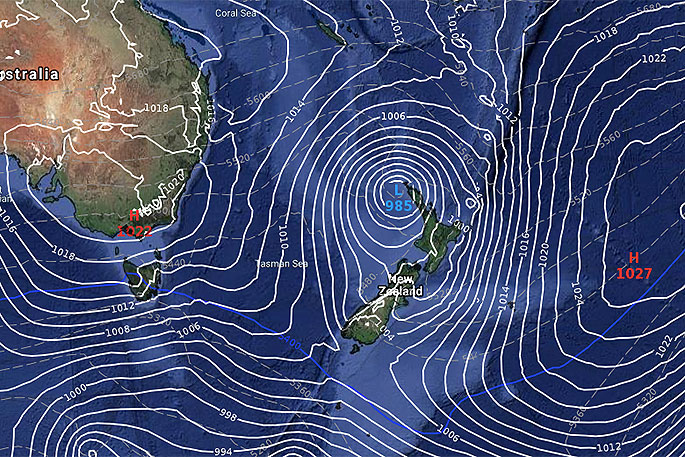 All eyes are looking north for the start of September as mild sub-tropical air comes our way along with a sub-tropical low.

Temperatures by day are already above normal in over half of the country, so this warmer change developing this weekend and spreading nationwide over Monday and/or Tuesday will make places even warmer - by night as well.

"Currently overnight lows are dipping below normal for some areas," says WeatherWatch.co.nz

It's still unclear how the sub-tropical low next week will interact with NZ.

"The top of NZ is very narrow so a low dropping from the sub-tropics is always a bit like balancing an egg on a roof...chances are it will slide down one side or the other," says WeatherWatch.co.nz head forecaster Philip Duncan.

"However, every now and then high pressure to our west and east can channel and funnel a sub-tropical low directly into the upper North Island, so this low remains one to watch.

"Some data suggests this low could directly affect the upper half of the North Island mid next week with heavy rain and possible gale force winds."

The main positive of a sub-tropical low would be more rain.

"While there has been a lot of chat about how many days have had rain falling in the north, like Auckland, the reality is in fact many northern regions need much more rainfall as we're in deficit for this time of year."

By the end of a next week a colder Southern Ocean change should arrive, but even that looks short lived with the second week of September potentially shaping up with windy westerly quarter conditions again.