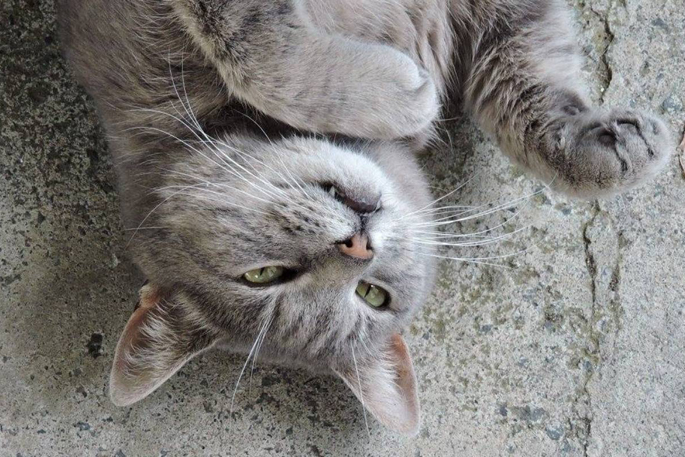 A Morrinsville woman is feeling deflated after a "menacing" dog was given back to its owner following an attack on her family pet.

Last Saturday Shelley Meehan's 14-year-old cat, named Matilda, was killed in an incident between two dogs who chased the cat around Meehan's backyard.

Shelley was watching TV with her youngest daughter when they heard dogs chasing something.

She originally thought the two dogs were fighting with each other, but later discovered they were chasing Matilda.

"I called 111 but they were busy and then called the local Animal Control which was redirected to Cambridge Animal Control. It took them more than 30 minutes to get here though," says Shelley.

"By that stage I was standing by the next door neighbours driveway.. and then the dog came barrelling out to get me. If my daughter wasn't there to scare it off with a cattle stick prod, which she banged on the road to scare them off, I would have been attacked."

They found Matilda not long after, dead and with vicious bite marks all over her body.

"I couldn't look at her, but Animal Control took some photos, put her in a box and the dog that I knew was impounded.

"We are obviously completely devastated about our family pet, but my house is also near North Street and there's an alleyway and every kid uses it to get to school. So if it got out our concern is that it could have easily gone for a kid.

"I'm completely terrified and just want justice. I said to my kids that I don't want to live here anymore because I'm so scared it's going to come again. I've never been afraid of dogs- I love dogs."

A Matamata-Piako Council spokesperson says the dog has since been given back to it's owner and classified as a menacing dog. The owner has been required to register the dog and has covered the fees for having the dog impounded. They are also undertaking securing the property where the dog is kept.

"We understand the enormity of losing a beloved household pet and respect the grieving of the family involved. Often there is an expectation that any offending animal will be destroyed, however there are steps Council must take in situations such as these, to remain within the law," says the spokesperson.

"Other than asking the owner to voluntarily surrender the dog for destruction, the only other option available would be to look at prosecution of the owner, with a destruction order for the dog issued by the Court. The likelihood of us successfully prosecuting this incident is very low, if not non-existent."

They say to be able to prosecute Council will need a witness to the attack, the owner in this case has said they did not witness the cat being attacked.

"A necropsy on the cat may show that the cat was mauled by a dog, but can be argued that it could have been attacked by a second dog that was on the property. This could make proving the charge in court unlikely to succeed.

"Incidents such as these are difficult for the families of the animals, and nobody likes to see the untimely end of a family pet. Council has the responsibility to take all matters into consideration and make an informed decision within the limits of the law. This is a position we do not take lightly, and we understand that our position may not be palatable to all.

"Finally we would like to encourage all pet owners to take responsibility for their animals."

So the owner of the Menacing Dog is now required to register it and secure the property. If those standard requirements were never met to start with when the owner first obtained the dog what do you think will happen once the Council takes their eyes off him/her.... Nothing, thats what, absolutely nothing!

This also happens here in TGA the animal control people seem to only work a 9-5 day then it passes to a security firm.These people who work in this job should have Rosters to cover the night time hours and also should be told of who is paying their wages.Yes you are right the RATE PAYERS.As it is now it is a security firm covers the after hours