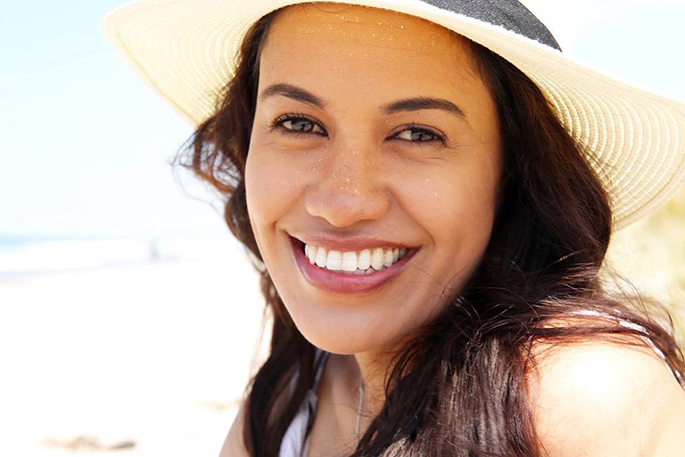 Tauranga’s Shilo Kino is one of 12 Kiwis from all walks of life who have been inducted as Mandarin Superstars for Chinese Language Week New Zealand - NZCLW.

A Kiwi-led initiative celebrating Chinese language and culture, NZCLW will run from September 22-28 2019.

This year’s Mandarin Superstars include students, a winemaker, government officials, and a journalist, all who value the Chinese language and encourage other New Zealanders to give it a try.

All of the Mandarin Superstars have found that having an ability to communicate - even in a limited way - with the Chinese-speaking community has enriched their lives immensely.

For some it has helped their work, enabling them to interact better and achieve at a higher level - Sam is a lawyer in Auckland, Shilo is a journalist in Tauranga, Angeline teaches her school students some language during their day, Amy works for the NZ Police, and Connie is also a member of the Asia New Zealand Foundation Leadership Network.

Seventeen year-old Jimah Ruland-Umata decided to learn Chinese after a Chinese student joined his school. Jimah wanted to make sure they felt part of the school community.

New Zealand Chinese Language Week is in its fifth year, and celebrates multilingualism in New Zealand. The week recognises the political, economic and social advantages of learning Chinese in our increasingly globalised community.

Recognising the Year of China New Zealand Tourism, this year’s theme is around tourism and making our visitors feel welcome.

Chair of the NZCLW Charitable Trust Jo Coughlan says that knowing at least some of the language is important to help visitors feel welcome.

“China is an increasingly important tourism market, and many of our towns and cities around New Zealand have sister-city relationships with Chinese cities,” says Jo. “Being able to welcome our visitors in their own language is part of our value system of being hospitable.”

Last year, New Zealand Chinese Language Week facilitated and promoted 100 events throughout Aotearoa, and she hopes that this year, even more Kiwis ‘give Chinese a go’ by doubling the number of events.

“New Zealand anticipates Chinese tourist numbers will grow to 696,000 by 2025, and it is already one of our largest trading partners,” says Jo. “We encourage the public and local business community to get involved, host an event and help inspire New Zealanders to better understand and connect with our Chinese friends and partners.”