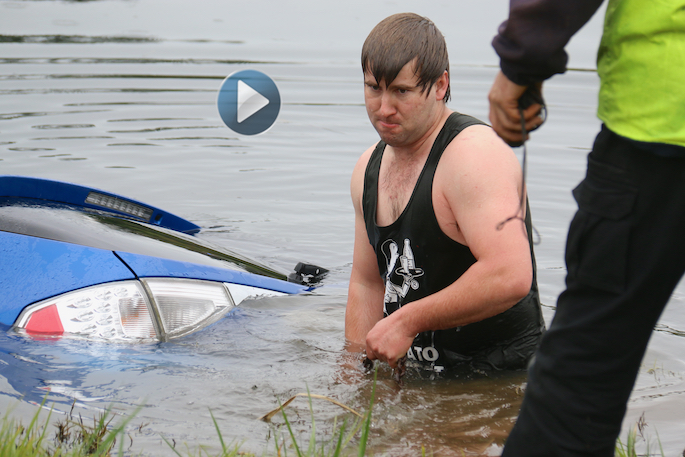 The vehicle submerged in the river this morning. Images/Video: Daniel Hines/SunLive

A vehicle submerged in the Wairoa River is being towed out this morning.

A police spokesperson says the vehicle was spotted this morning and “arrangements are being made to remove it from the water”.

Police say the vehicle was stolen overnight and dumped in the river.

A reporter at the scene says while emergency services were working to remove the stolen vehicle, a two truck crash happened on the Wairoa Bridge.

The bridge is completely closed and motorists are being advised to avoid the area.

“The officer I spoke to, says a truck rear-ended the back of a logging truck.

“He says the driver was distracted by what was going on with the car in the river.”

Police are urging people to pay attention while driving and to drive to the conditions. 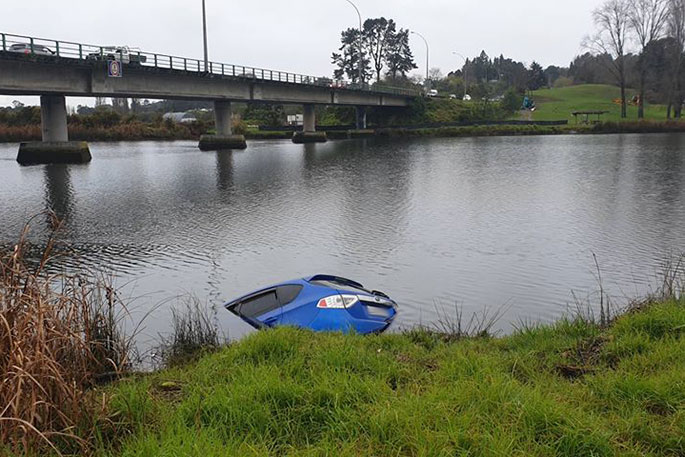 In a statement released earlier this week, acting Senior Sergeant Craig Rawlinson says almost all of the crashes officers have attended in the last two weeks have been as a result of drivers not driving to the conditions.

Police are running a ‘Wet Roads’ operation for the next two weeks.

Craig reminds drivers that they need to adjust and drive to the conditions when the road is wet, by increasing following distances (using the ‘four second rule’) and slowing down.

“Doing this allows for the road being more slippery when wet and will get you to where you are going safely. 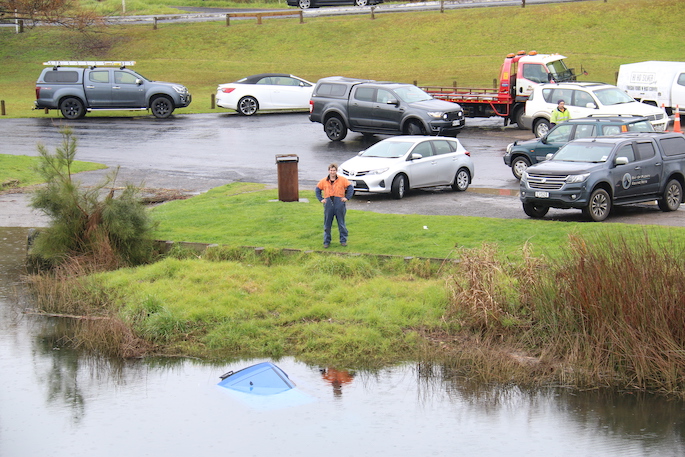 “Drivers are also asked to check their vehicles, including tyre tread depth and condition.

“Also check and replace worn windscreen wipers, so you can see sufficiently ahead of you.”

During the operation Police will focus on the enforcement of following distances, speed, and vehicle condition, moving to multiple sites across Western Bay of Plenty. 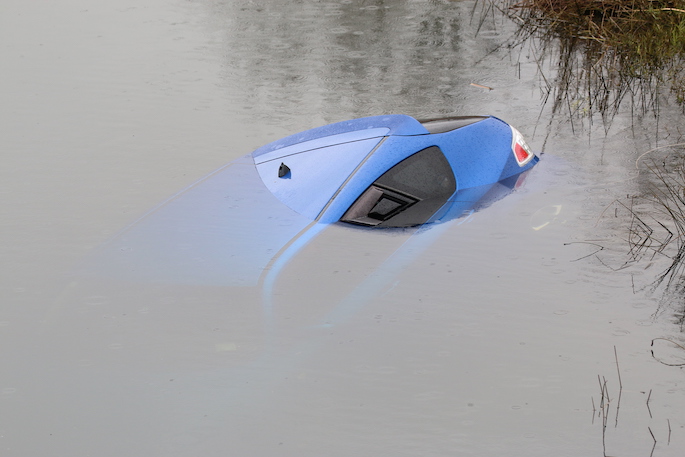 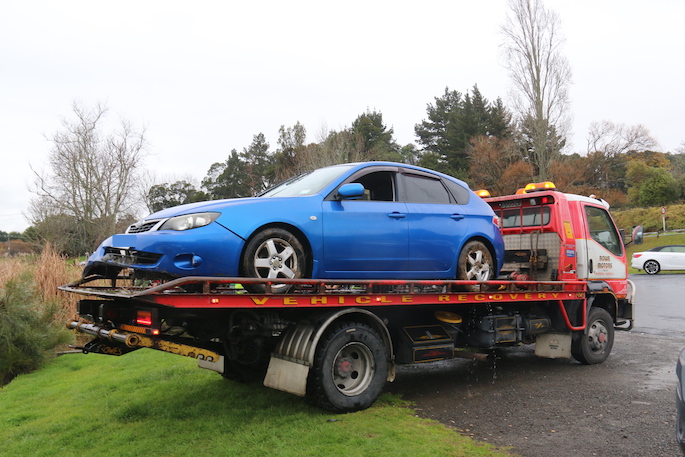 How about the people in charge of the operation of removing the car from the river, FIRST stop all traffic on the outbound side of the bridge for 10 min. to get the car out, and that would cause a 10 min. backup of traffic, and avoid ’rubbernecking’, and accidents. Those peak hour incoming wouldn’t see anything and no 5 hour disruption of traffic would have occured. THINK, people