When a building is dangerous and insanitary 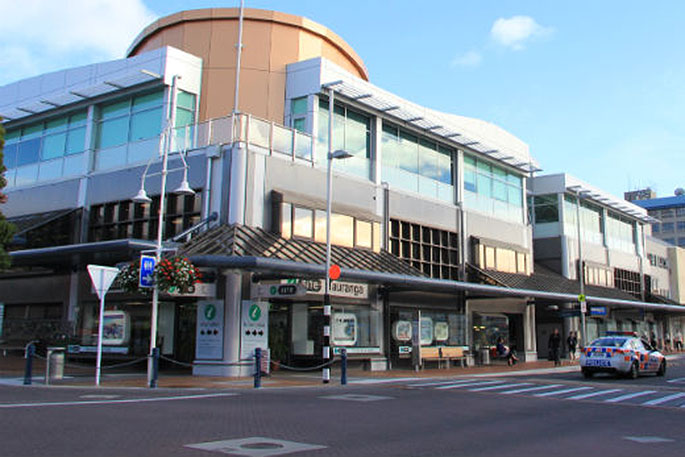 Is it to stop buildings falling on our heads – causing injury or death? Is it to spare the populace of buildings awash in sewage, that are damp and uninhabitable?

That’s why the Tauranga City Council is required by law to have a Dangerous and Insanitary Buildings policy. And right now it is in the process of tweaking that policy.

“An example of a dangerous building would be one affected by a natural disaster or event,” says Barbara Dempsey, TCC’s regulatory and compliance manager. “Or a building that has become unstable or lost structural integrity.”

An insanitary building is one affected by a natural disaster or extreme weather. Like the 2005 floods when 309mm of rain was dumped on the city leaving dozens of homes and businesses flooded and two bridges washed out.

“The floods resulted in a number of homes being classified as dangerous and insanitary,” says Barbara Dempsey. “A more recent example is an old weather board home that has deteriorated over time due to a lack of maintenance.”

A dangerous building is one which is likely to cause injury or death whether by collapse or some other cause, like in the event of fire.

In recent months some inner buildings have been demolished because they were structurally compromised. One shop is supported by steel struts while business continues. A sign explains to customers that “this building is part of a strengthening procedure”. And those entering have to sign a disclaimer.

But once the new draft policy is formally adopted, the council’s current “Earthquake Prone, Dangerous and Insanitary Buildings Policy” will be replaced to remove any reference to ‘earthquake prone’.

“That will no longer be necessary because earthquake prone buildings are provided for under new provisions of the 2004 Building Act,” explains Barbara.

As required by the Building Act, the council’s draft policy includes ‘affected buildings’ - buildings that pose a risk to users or passers-by because of their proximity to a dangerous or insanitary building.

Insanitary by definition is unhygienic, dirty, filthy, contaminated, polluted, foul. But for the purposes of the policy, an insanitary building is offensive or injurious to health if, amongst other things, it is in a state of disrepair. A building can also be deemed insanitary if there’s moisture penetration, if it is damp, doesn’t have a supply of drinking water or adequate sanitary facilities.

To identify a dangerous or insanitary building, the council needs an occupant or a neighbour to come forward with a complaint, or the word of firemen or police.

On receipt of a complaint, the council would always negotiate access to the property with the owner. But if that failed, it would seek a search warrant to inspect the premises.

Then the council could exert some muscle under the Building Act to make the building, its occupants and the public safe. “It may attach a notice to the building requiring the owner to undertake work or reduce or remove the danger, or prevent the building from remaining insanitary and/or issue a notice restricting entry to the building,” says Barbara Dempsey.

The fortunate thing is Tauranga currently has no buildings that have been identified as dangerous or insanitary. The council will put its draft policy out for public consultation early next month and will be seeking feedback from stakeholder groups like firefighters, Mainstreet groups and master builders.

You raise a very good point. The elderly are less likely to complain and so can be easily overlooked. Most of us like to think that accommodation for the aged is adequate, but it would be good if there were regular inspections by Council to ensure that at least minimum acceptable standards were maintained. Not all of the old folks can afford the beautiful private retirement villages and so the Council provided villages need to be up to a good standard; at the very least warm and dry...

" the council will put its draft policy out for public consultation early next month and will be seeking feedback from stakeholder groups like firefighters, Mainstreet groups and master builders." SO WHAT ABOUT THE CONSULTATION WITH THE REAL STAKEHOLDERS -- THE BUILDING OWNERS !!!!!

What about your Pensioner Flats??

REALLY check them out! :( So many of your staff on MEGA salaries while your pensioner units are ABYSMAL! :( Basically not much better than prison cells some of them :( Check it out Sunlive, I bet you wouldn’t want your parents living in them :(