EastPack welcomes a new variety of Kiwi to the mix 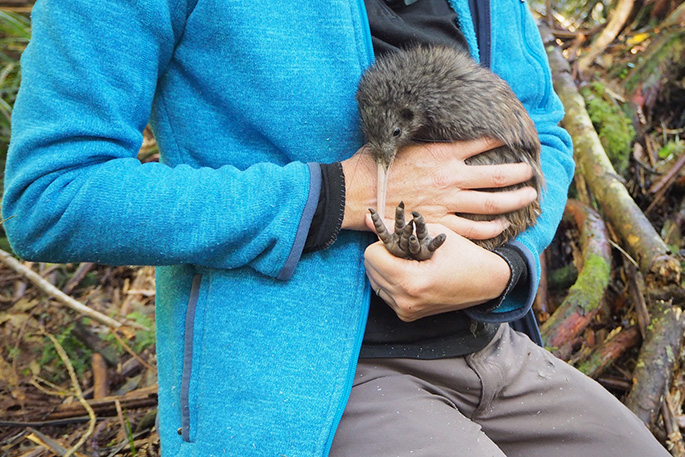 'Browny', a kiwi born in March and released into reserve lands in the Whakatane region

As a result of EastPack’s partnership with Whakatane Kiwi Trust, a community-lead charity promoting the protection of kiwi and other indigenous species in Whakatane, the packhouse has adopted and named its very own kiwi bird.

Born in March, Browny was recently released into reserve lands in the Whakatane region protected by The Whakatane Kiwi Project.

Just five per cent of kiwi chicks in the wild make it to adulthood as they are at threat of being killed by predators including stoats, ferrets, dogs and cats. However, with help from the Whakatane Kiwi Trust, the Whakatane Kiwi Project, and the community, kiwi in the Whakatane district are prospering.

EastPack CEO Hamish Simson says Browny got its name after staff across EastPack’s six locations in the Bay of Plenty were invited to put forward their name preferences. Simson randomly drew the winner of out of the hat.

“Adopting a Kiwi is a significant milestone for EastPack and we wanted all our staff to feel like they had a special role to play in this,” says Hamish, who adds that Browny’s names was inspired by the fact that it’s a North Island Brown Kiwi.

While Browny’s gender is yet to be revealed following a DNA analysis of its feathers, Whakatane Kiwi Trust have kept Hamish and the EastPack team up to date on its progress so far.

“We are delighted to hear that Browny has been doing well, it’s very alert and at the last health check weighed in at 950g and had a bill length of 5.7cm. We can’t wait to follow Browny’s journey!”