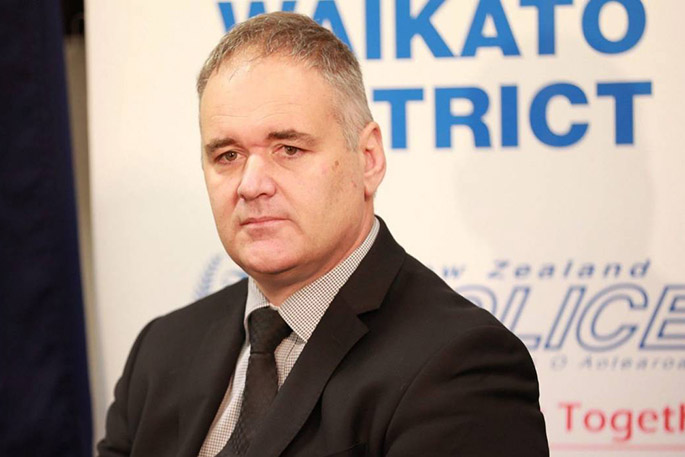 Detective Inspector Graham Pitkethley said a 23-year-old had was arrested late on Friday night and had been charged with murder and aggravated robbery. Photo: Tom Lee/STUFF

Police have caught the man who is alleged to have shot and killed an Australian tourist.

Waikato District Crime Manager Detective Inspector Graham Pitkethley has confirmed that Police have arrested a man overnight who they believe is responsible for the death of a 33-year-old man following a serious incident in Raglan.

At around 11pm on Friday, Police carried out a search warrant at a rural Waikato address.

A 23-year-old man was located at the address and has been arrested in connection to the death.

“He has been charged with a number of serious offences including Murder, Aggravated Robbery and Threatens to Kill and will be appearing in the Hamilton District Court later this morning,” says Detective Inspector Graham Pitkethley.

“Police are now in a position to confirm the identity of the man who was killed. He was 33-year-old Sean McKinnon, from Australia.”

The family has been spoken to by Police this morning and advised of the arrest.

“This is a traumatic time for his family and his partner and the New Zealand Police we will do everything we can to provide them with support they need,” says Detective Inspector Graham Pitkethley.

“I want to thank those in our community who contacted Police with information and assisted us with our investigation.

“I also want to acknowledge the hard work from the investigators involved in this case,” says Graham.

“It is because of their dedicated efforts and the assistance from the public that Police were able to make an arrest within 24 hours.

“We know this was an alarming incident that shocked people right across New Zealand and overseas.

“We want to reassure the community that the safety of our community is our priority and we will do everything we can to find those responsible for serious crimes and hold them to account.”