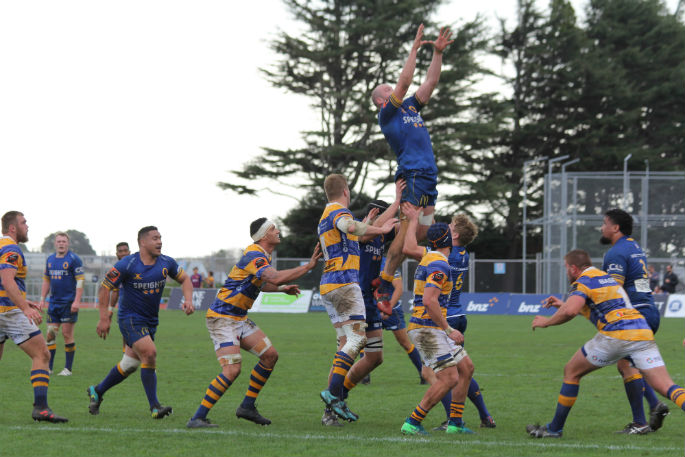 Bay of Plenty Steamers began the Mitre 10 Cup Championship in dazzling form with a record 50-7 victory over Otago at Tauranga Domain last Sunday.

Against a poor resemblance of the great Otago sides the Steamers were unstoppable. The Chiefs front row of captain Aidan Ross, All Blacks hooker Nathan Harris and Jeff Thwaites were simply a different class to their southern opposites.

After last year’s drab performances, it was great to see the Steamers score eight tries.

But the win does not cover up a serious discontent among grassroots Bay of Plenty supporters that top performers in the Baywide Premier club competition are not being looked at.

How could just one player from the Premiership-winning Te Puna side be selected and yet a 38-year-old lock from Tasman and an Auckland rugby league player Abraham Papali’i, who has not played union since 2012, are contracted?

It beggars belief not one of these players is good enough to be in the Steamers.

Selecting Alex Ainley at the age of 38 for a competition renowned for blooding young talent is a national embarrassment. What does it say to Tauranga Sports captain William Lloyd or a host of other promising club players? They may as well leave town and play elsewhere.

Canterbury and Waikato both started locks on Saturday who played under-19 rep rugby last year. Good enough for powerhouses of our national game.

Three other players selected in the Steamers are former Auckland players no longer wanted in the city of sails.

With 11,700 players of all ages, Bay of Plenty is the third largest provincial rugby union in the country in terms of player numbers after Auckland and Canterbury. Why upset the grassroots support by buying in players no better than what we already have?

Hawke’s Bay chief executive Jay Campbell says this year’s squad “continues our strategy to select those from within Hawke's Bay club rugby and developing and promoting our own talent".

Taranaki head coach Willie Rickards says it was important to reward local club players for performing well during the competition.

Manawatu assistant coach Aaron Good says “there is a lot of talent in this region and we are keen to promote that as much as we can and play that Turbos style”.

So great start for the Steamers but lots of work to be done to get the fans back on side.

play on a decent ground instead of that apology of a rugby ground at the domain. then you will get more supporters