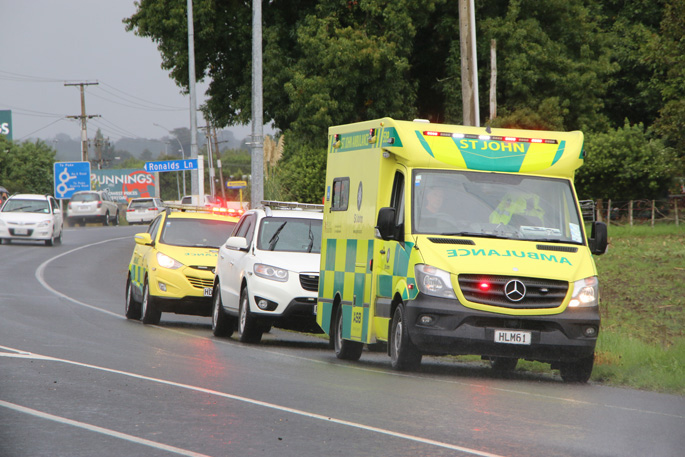 Emergency services at the scene of a workplace incident in Te Puke. Photo: Daniel Hines/SunLive.

WorkSafe is urging all employers to make sure machinery being used by workers is made safe and cannot cause harm to employees.

This warning is a result of the Homegrown Juice Co Limited, who were sentenced and fined $367,500 in the Hastings District Court today after a worker was fatally injured in June 2017.

The worker was cleaning a bottle filling machine when her arm was drawn into the rotating equipment. The machine continued to rotate, and the worker died at the scene.

Following the accident, the WorkSafe investigation found the machine was not interlocked, and an interlock would have prevented the machine from starting while the guarding was open.

“They are the ‘fail safe’ for machinery which has entanglement potential and installing one in this case could have prevented a tragic death.

“If a risk is identified in a business’ operations, failing to properly manage that risk is simply unacceptable. It’s unlawful, and just as importantly, failing to manage known risks exposes workers to injury or death.

“Health and safety of workers, not production, should be a company’s first priority.

“Every business that uses machinery should consider the tragic outcome of Homegrown’s failings and commit to making sure their workers will be able to go home to their families and friends healthy and safe at the end of every working day.”