Paeroa to get tourism boost 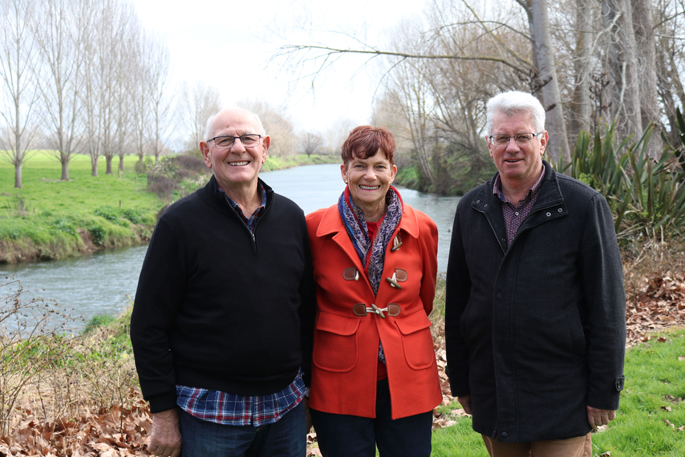 “We’re working closely with the Paeroa community and the town’s Historical Maritime Park to invigorate tourism along the Waihou River,” says Shane.

“The Hauraki District Council has contributed $400,000 in funding, which is a vote of confidence in the project and another example of central and local government collaboration facilitated by the PGF.”

The new wharf replaces an existing structure, which is now inadequate in light of growing tourist numbers.

“This project will complement existing tourism offerings in the area, including the popular Hauraki Rail Trail. It will also mean more money spent at local businesses.

“We need to back towns like Paeroa when they come forward with high quality ideas for boosting economic growth, especially when they have such wide community support,” says Shane.

Historical Maritime Park chair Colin James says the development will create a critical piece of tourism infrastructure and benefit Paeroa and the region.

“It will create a multi-purpose tourist and historical attraction and unlock the huge potential of the park,” he says.

“The project aligns with the Provincial Growth Fund objectives in many ways - it will boost the tourism sector with inter-regional benefits and provide jobs and business opportunities.”

The success of the Hauraki Rail Trail was a driving force behind the project, he says.

“It has been the dream of hard working volunteers for many years. It’s important to note that this is only stage one of the development at the park and just the beginning.”

Stage two of the development will include a multi-centre with an educational focus, conference facilities and cafe, he says.

Hauraki District Mayor John Tregidga says the development will complement the Hauraki Rail Trail and be a huge draw for tourists, providing opportunities for businesses in the district.

“I think it’s the most exciting thing that’s happened to the Paeroa community for a long time,” he says.

“It’s actually returning to an original mode of transport in Paeroa, the river has historically been a huge network for Maori and later for Pakeha as well.

“Its history almost repeating itself, connecting the river back to the central business district in Paeroa, and the opportunities that’s going to create for the park and the CBD are huge.”

That’s the sound of my money going down the toilet.

We could use more ’authentic ’ places to visit in the countryside. Some people have never actually seen a sheep, cow, deer, or trout. Imagine that !! Tui? Wood pigeon ?? ...

It is good to see the smaller centers getting some support also not just the bigger centers.I applaud this government.