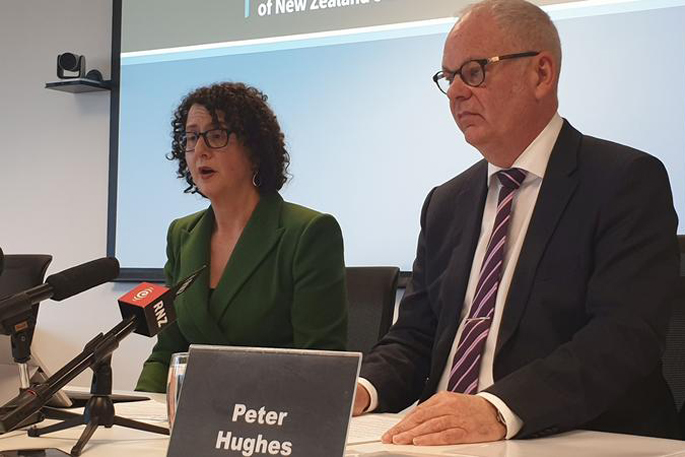 The head of Stats NZ has resigned following the release of a report into the botched 2018 online census.

The government statistician and Stats NZ chief executive Liz MacPherson was appointed to the role after the last census in 2013.

In Statistic NZ's 2018 annual report it was reported that responses had been collected for 90 percent of the estimated population - down four percent since the 2013 census.

But just released figures as of July this year, shows a response rate of 83 percent, falling short of the 94 percent target and a nine percent drop from the previous census.

In April, Liz wrote to MPs, after being threatened with being held in contempt of Parliament, to confirm almost one in seven people did not complete the census.

The report, conducted by two independent reviewers, found the census project did not meet all the expectations and the delay in producing results and limited communication had led to stakeholder frustration and an erosion of trust.

It found there was little flexibility or contingencies built into the budget or planning schedule.

"The risks began to mount as the programme encountered challenges with IT system delivery, tacked the implications of the North Canterbury earthquake, and implemented deviations from the planned collection model," the report says.

It also found targeted populations and dwellings were not properly equipped to fully participate.

Despite there being calls for another census to be held early in 2021, the report recommended against this.

"It is in our view that a census before 2023 is unsafe - maintaining too much risk with insufficient time to properly re-design, test and implement a plan for success," it says.

Statistics New Zealand has admitted it failed its Treaty partners after a big drop in the response rate from Māori in the 2018 census.

The review found that Māori responses dropped 20 percent on the previous census.

It found there was too much focus on a digital-first approach, and not enough staff and paper forms in many Māori communities.

‘We let ourselves and NZ down’ – Liz McPherson

Liz says Stats NZ was too optimistic and placed too much emphasis on the online census.

She says as leader of the organisation, she took full responsibility for faults found by the reviewers.

"As the reviewers say, we got some things wrong at a time of great change during the switch to a more digitally-focused data collection approach.

"I accept the findings. We let ourselves and New Zealand down."

She will remain in her role as Government Statistician until Christmas.

The first official results of the 2018 census will be released on September 23, 11 months later than planned.

He says the focus now would be making sure Stats NZ was well enough resourced and run to successfully carry out the next census in 2023.

We have run successful Census for many decades with hands on knowledge and feet on the ground. Newbies and techno’s botched it - they are not in the ’real ’ world. Do MUCH MUCH BETTER next time, geeks.

...some important lessons have been learned. Technology is good but you cannot force it onto people, and there needs to be really good communication and preparation of the target community (all of us). Census is essential for forward planning so let’s hope the next one is better.

I recall seeing census advertisement across all the major TV channels and other media.This was available in multi language.It is time for individuals to to be responsible for their actions and fulfil their duties as citizens of NZ