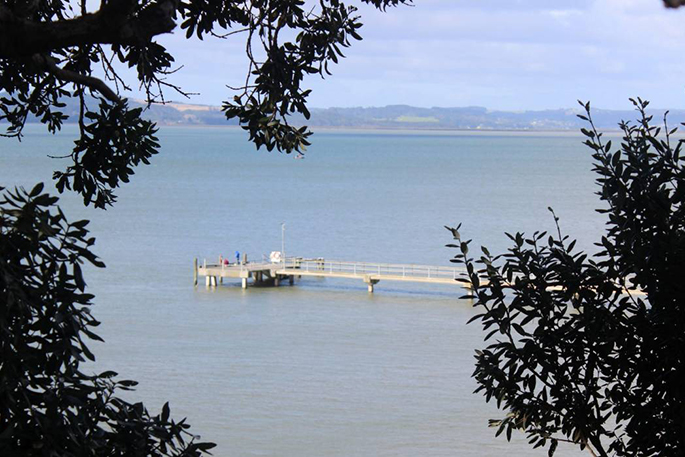 The Government has today announced the next step in its plan to clean up NZ rivers and lakes by supporting community-led programmes.

“Every New Zealander should be able to swim in their river without getting sick,” says Jacinda Ardern.

“Sadly, half of our monitored swimming sites are not safe for swimming.

“Today, we are focusing on cleaning up the Kaipara, the largest estuary in New Zealand, showing how it will be done – a unified effort led by the community, with Government support.”

Kaipara is a large and biologically significant harbour. It is New Zealand’s largest estuarine ecosystem and is the receiving environment of a 640,000ha catchment with many inflowing rivers encompassing a large proportion of the northern peninsula of the North Island. It extends across the Auckland and Northland regions.

“Estuaries like the Kaipara are clogged with sediment and mangroves,” says Jacinda.

“Actions in Kaipara will include simple solutions such as riparian planting, and wetland preservation and development; fencing streams to prevent livestock trampling at waterway margins; and using the best science to locate sediment hotspots and measure sediment flows.

“To support this the Government will be investing $12m to help improve catchments, with a share going to Kaipara.

“The direction of travel is clear: we need to reduce the pollution – nitrogen, sediment, E.coli and other contaminants – from flowing through our cities and farms and into our waterways,” says Jacinda.

Cleaning up NZ’s rivers and lakes is a priority environmental issue for New Zealanders, and the Budget provided $229m to help improve land use and waterways.

David Parker said the Government was working with the community to help understand what can make the greatest difference and then what interventions to take, such as where to build and restore wetlands, or where more hillside planting is required to stabilise steep land, as part of this new nationwide programme.

“Volunteers, iwi, local government, farmers and school students are all working together to improve the quality of the water flowing into the Kaipara harbour,” says David.

“Those lessons from ‘exemplar’ catchments like Kaipara will be passed on to others. Further exemplar catchments will be identified in coming months.”

Estuaries provide a range of valuable high ecosystem services, such as fisheries, water quality, and climate change mitigation; as well as biodiversity values. The Kaipara contains some of the rarest ecosystems in New Zealand namely sand dune, seagrass, freshwater and estuarine wetland ecosystems.

“Other government initiatives and funds were also part of the mix including 1 Billion Trees, the Provincial Growth Fund and the Freshwater improvement fund,” says David.

“It’s our birth right to go down to our local river in summer for a swim and put our head under without fear of getting sick - and to be able to gather kai from our waterways.

“Working with the community we are fulfilling the Government’s promise to stop the degradation of our waterways, reverse the damage and make measureable improvements within five years,” says David.

Further measures will be rolled out over coming months as the Government moves to implement its Essential Freshwater plan. This plan will set clearer and stronger national direction for councils on freshwater standards; put in place measures to improve land use such as controlling poor winter grazing practices; and provide guidance on the preservation of precious natural resources such as remaining wetlands and streams.

And National raised the criteria to make more rivers and lakes swimable.That really annoyed me.Their environment policies including their leader who does not believe their is a climate emergency leave a lot to be desired.