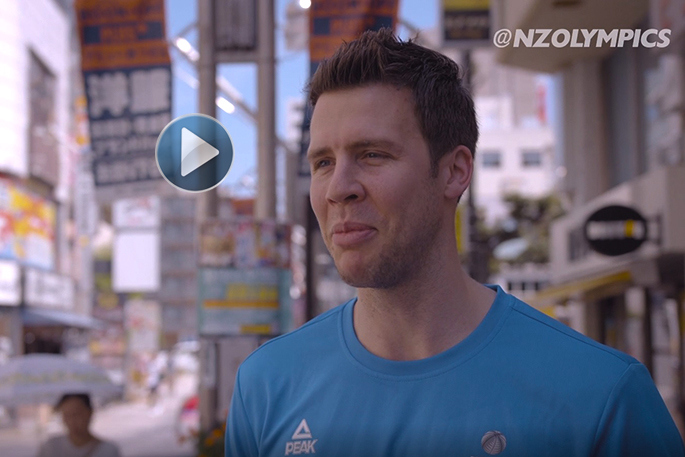 The Tall Blacks are itching to get on the court for their two match World Cup warm up series against Japan.

The team arrived in Atsugi, which is south of Tokyo, on Monday and is being hosted by the Atsugi City Council.

The Tall Blacks have been in an intensive phase of their World Cup build-up, training twice a day since arrival.

Veteran Tom Abercrombie says the squad is coming together well.

“We’ve had a few great days of practice and the boys are excited to get into it,” says Tom. “The squad’s really starting to click and we’re expecting tough games against Japan which will be a good test for us.”

Debutant Taine Murray is enjoying his first taste of life as a Tall Black.

“I’m loving learning off the boys, to be training with them and working with them is a pretty unreal experience,” says Taine.

The 17-year-old Rosmini College student has been getting daily messages from his schoolmates, reminding him what he’s managed to avoid at home.

“We’ve actually got mock exams at the moment which I’m missing out on, so all my mates will be studying or trying to study.”

The Tall Blacks also found time in their busy schedule to run a coaching clinic for 20 basketball loving teenagers from Atsugi-Kito High School.

“It’s pretty special to be able to give back to your host nation like that. The kids loved it, lots of them didn’t speak any English but they were beaming and luckily basketball’s an international language so we all had a really good time,” says Jarrod Kenny.

The Tall Blacks play Japan twice, in Chiba on August 12 and in Kawasaki on August 14. Both games will be broadcast live on SKY Sport.

The team then plays Canada in Australia on August 20 and 21, before heading to China for a Four Nation tournament.

The Tall Blacks World Cup campaign begins against Brazil on September 1 in Nanjing.