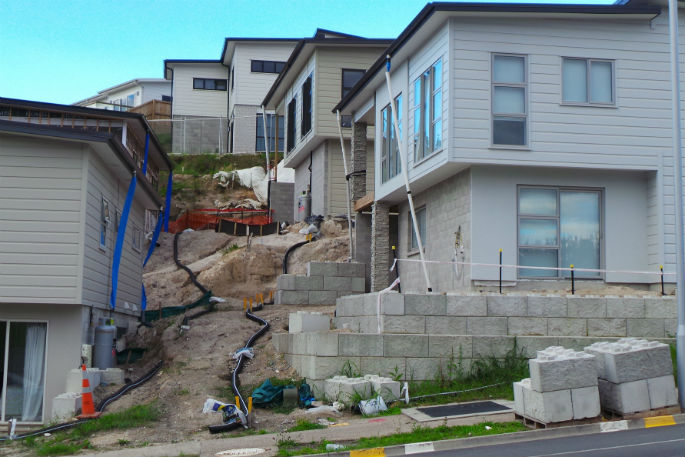 Tauranga City Council has now received the employment investigation report by Graeme Colgan about the role of staff in the failure of the Bella Vista subdivision, however it won’t be publicly released.

“The matters raised are complex and wide-ranging,” says a Council spokesperson.

“It will take time to consider its contents and the advice provided on how best to manage the findings.

“While focusing on staff roles, performance and accountability, the report also recommends a number of actions to address system and process issues, again, we will be carefully working through the recommendations and considering these with the appropriate teams.”

On March 9 2018, the Chief Executive of Tauranga City Council issued a warrant to avoid immediate danger to 21 properties in the Lakes partially built by the liquidated developer, Bella Vista Homes.

In March 2019, an independent report into the Bella Vista development by the Ministry of Business, Innovation and Employment (MBIE) was publicly released. The report was the result of a comprehensive investigation into the way Council handled its statutory role under the Building Act in relation to the failed development at The Lakes.

In March, Mayor Greg Brownless expressed confidence that a number of changes in staff and the organisation would occur as a result of the employment investigation.

"By the end of the process, it will be my expectation that those who have had involvement in the poor performance should be held to account and I've asked my chief executive to look into that,” says Greg.

was it this report will not be publicly released? It would behove those who warm a seat in council to remember who put them there. They are employed by the ratepayers, and we are entitled to be kept informed of developments/reports in this matter, particularly as we are paying, through our rates, for remediation and more. The Mayor is right to expect accountability.

How dare the Council censor the report findings from the taxpaying public! Why shouldn’t we know the truth behind the debacle? After all, it is the taxpayer that is, no doubt, paying for the shortfall in insurance money to pay for the scandal.

If council and staff employed there had done their job adequately & honestly, this would not happen. They now need to cover up their management failings in this regard.

I don’t see why this will not be made public! WE THE RATEPAYERS pay your wages and want to know what’s going on. Behind closed doors to me means total whitewash, and a total lack of responsibility by all concerned. Just keep spending our money willy-nilly and to hell with the ratepayers. NO SURPRISES THERE THEN.

I think the public deserve to know what is going on behind the scenes. TCC is sweeping the dirt under the carpet! I hope ’Sunlive’ will at least be able to assure us that those responsible have indeed been sacked, and will not be collecting a handsome redundancy pay!