Team NZ Waka Ama take on the best in Mooloolaba 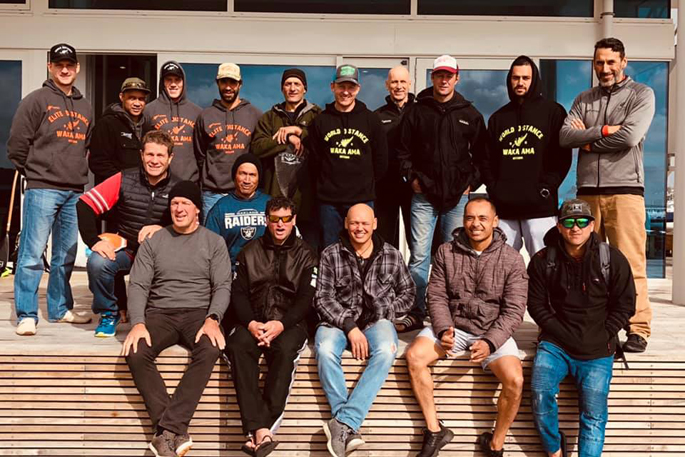 The NZ elite open men, master 40 men and master 50 men teams at their final training session before heading off to Mooloolaba. Image: Facebook.

From the Junior 19 to Master 70 grade, team New Zealand is looking for strong performances on Australian waters.

Representatives from 22 countries will battle it out on the pristine waters of Mooloolaba across 5 days, with V6 or six person and individual V1 events ranging from 12 to 24km distances.

With satisfying results at the inaugural event in Tahiti in 2017, Aotearoa NZ will look to build on those performances in 2019. Three elite crews have battled it out for selection in their respective grades - Elite Open Men, Elite Open Women, and Para Va’a Team.

Age group teams were selected at the national championships held earlier this year in Auckland. All crews will be looking forward to some slightly warmer conditions after dedicating hours and hours of training and travelling throughout a grueling New Zealand winter.

Waka Ama New Zealand Chief Executive Lara Collins says the event is in its second year of running and she is looking forward to watching the New Zealand paddlers take on some heavy-hitting countries.

“The likes of Tahiti, Hawai’i, New Caledonia, and the hosts Australia to name a few,” Lara says.

“Distance events are a bit more tactical, the endurance training leading up to the event is really important as is the mental toughness of the team as a whole.”

The opening ceremony takes place Saturday, August 10 with the J19 and Master 50 Women kicking off the event on the morning of Monday, August 12.

Racing will carry on throughout the week, concluding on Friday, August 16. The racing will be spectacular, as will the atmosphere at the event, as the culture of the sport of Va’a radiates in Mooloolaba.