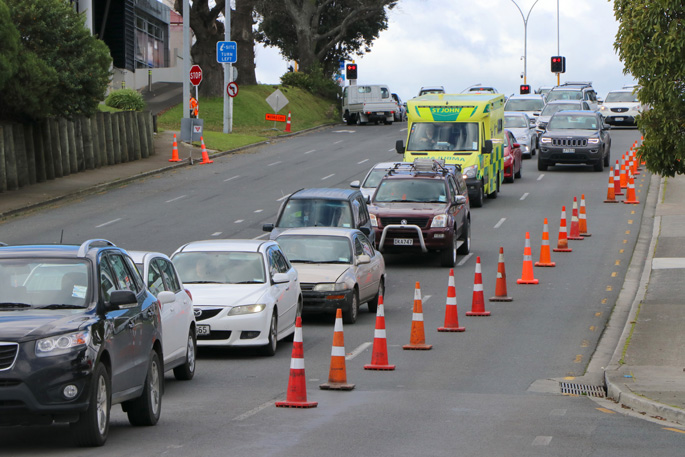 Traffic is backed up along Elizabeth Street. Image: Daniel Hines/SunLive.

Major traffic delays are being reported on Takitimu Drive.

A caller to the 0800 SUNLIVE news hotline says traffic is at a standstill on Elizabeth Street, heading from Cameron Road down to Takitimu Drive.

"Traffic is also backed up on Takitimu Drive, from the Tauranga Harbour Bridge down to the Elizabeth Street roundabout."

A builder in the area says one lane around the roundabout has been coned off.

"They are fixing the armco on the side of the road.

"The traffic is slow but still moving."

The NZTA says due to emergency guard rail repairs between the intersections of Elizabeth Street and Chapel Street, there are lane closures in place under traffic management control. 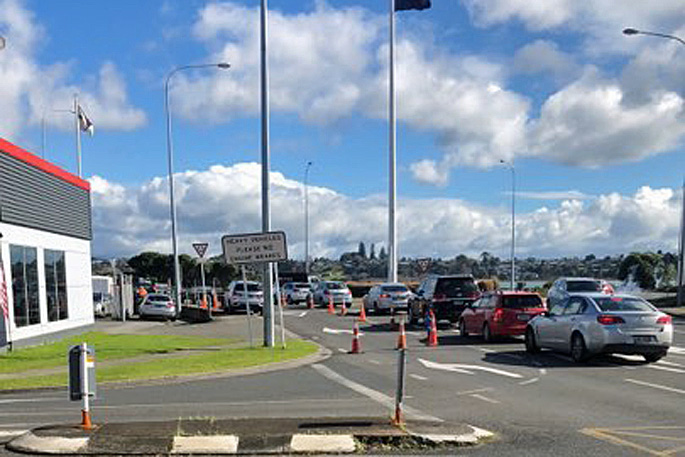 One lane around the roundabout has been coned off. Image: Supplied/SunLive. 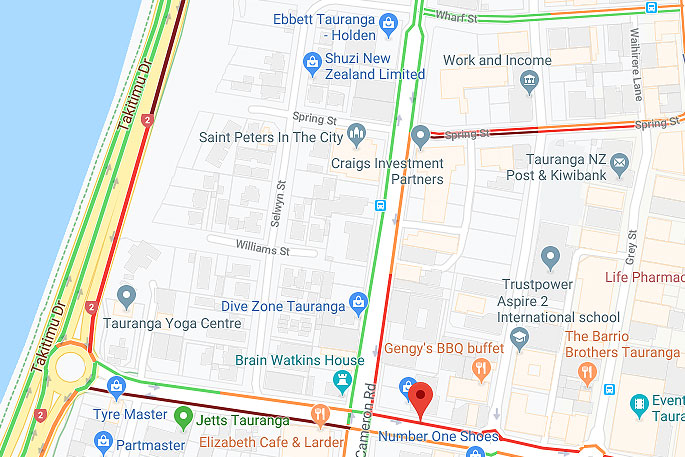 The dark red lines on the map indicate stalled traffic on the roads. Image: Google Maps.

This major road snarl up could have been avoided if they had closed access to Elizabeth St.Traffic to the Bridge go via Cameron Rd.Traffic from Mount via off ramp to Cameron Rd or Dive Crescent,Traffic from Lakes via Dive Crescent.

Golly gosh, this should have been done overnight, the traffic was backed up over the bridge to the Chapel street exit, for crying out loud, these people just dont care, this is the 3rd time and not the last time, ive suggested that armco be put back a metre or so, so that heavy trucks can go out more straight, their answer to that was we need consent and 10 meetings which will last till Christmas and look at it next year,and then look at it again, this will keep us in a job, in which we DONT CARE ABOUT, so people will just have too put up with it, anyway my 2 pennies worth for what its worth,Thankyou No1 in NEWS, its AWESOME being No1, Thanks, 10-4 out. phew.

You would have wo wonder

Why is this work being done in the middle of the day and not at night? I was stuck in this lot coming back from the Mount. Planning at its worst.