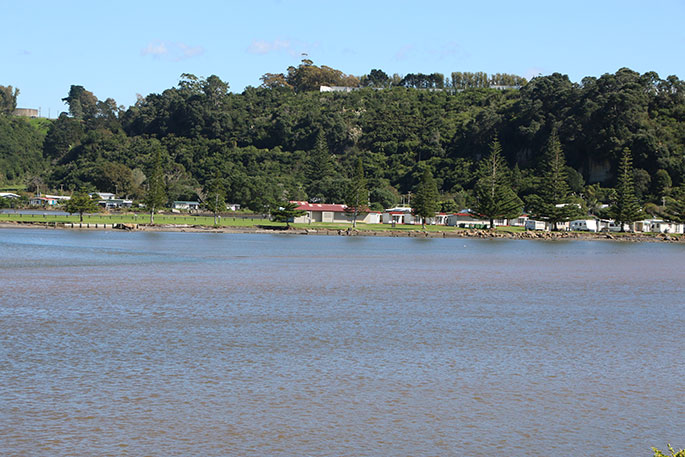 The two-year-old's body was found on the tidal flats of Little Waihi on March 21. Photo: Daniel Hines/SunLive.

The man accused of murdering a two-year-old girl in the Bay of Plenty will keep his name suppression until his next court appearance.

The 37-year-old was visually upset when he appeared in the High Court at Tauranga today via audio visual link.

He was arrested and charged with murder on Thursday July 18, almost four months after the body of Nevaeh Jahkaya Whatukura Ager's body was discovered on the tidal flats of Little Waihi on March 21.

At the time, police say they attended reports of a disorder in the area at around 10.40am and later discovered the little girl’s body.

Following a short investigation into the child’s death, police launched upgraded her death to a homicide.

“This was a tragic incident and we would like to thank members of the public for their assistance and cooperation during the course of this investigation,” says Detective Sergeant Louise Curragh.

During today’s court appearance, a trial date was set for October 2020 – the trial is expected to take three weeks.

The accused has been remanded in custody until a case review hearing on October 9.