Temperatures already bounce back to above normal 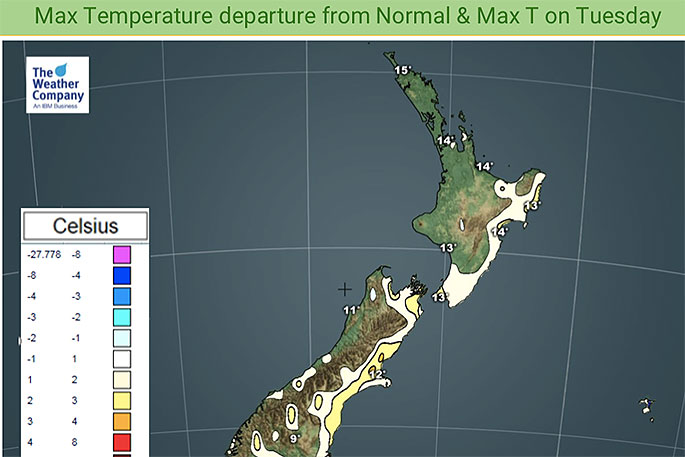 The same places that had snow to sea level yesterday are today bouncing back to normal or warmer than average and will be even milder in the days ahead.

WeatherWatch.co.nz says the westerlies will turn more north west this week and some in the north will even have sub-tropical winds pushing temperatures up above normal for early August.

Some coastal parts of Fiordland, Southland and Otago are a degree or so above average today but even if you fail to go above average you're likely bouncing back to normal because no where in New Zealand is below average temperature-wise today - just 24 hours after a significant cold snap.

"Wednesday gets warmer still as the nor'westers kick in. Canterbury, for example, will be several degrees above average by Wednesday afternoon.

"However, the nights are still colder than average for some, depending on where you are. Both islands have areas of cold, below normal in fact.

"So cold nights, mild days seems to be the trend for this week, ahead of the next big low coming in this weekend which will help reset temperatures and produce another colder than average start to next week too." 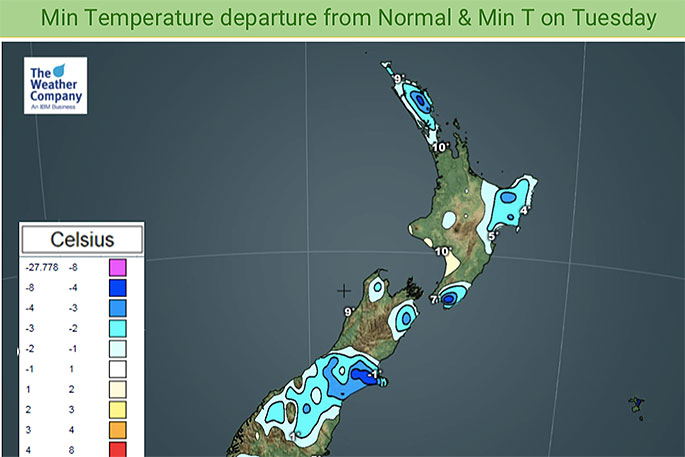