Golf career on track for Alanna 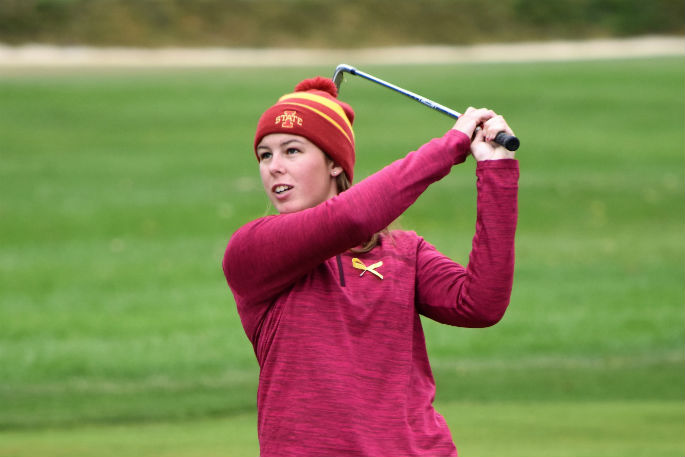 Alanna Campbell playing in the USA.

One of New Zealand’s highest hopes to follow Lydia Ko into the women’s professional golfing ranks is progressing well in the USA.

The former Omanu Golf Club member and Aquinas College student turned 21 last Monday and is making every post a winner on her path to a potential professional career and representing New Zealand at the Olympics.

In the highly competitive US college circuit Alanna competed in all 11 tournaments in the 2018-2019 season, finishing fourth on the team in stroke average at (75.47) and second on the team with 90 birdies.

She led the team at the highly regarded Big 12 Championship and fired a US-career low 66 in the final round of the Mountain View Collegiate that tied for the third-lowest score in ISU history and included a school-record nine birdies.

Before moving to Iowa Alanna won two Carrus Open titles at the Tauranga Golf Club, was a Lydia Ko Scholarship winner and represented New Zealand at the Queen Sirikit Cup in 2017.

The tragedy hit the team and the entire golfing community hard. Players on the LPGA Tour and from both the US and European Ryder Cup teams wore yellow ribbons in her honour last year.

Alanna says the senseless attack was difficult to deal with.

“Just being connected to something like that seemed a bit surreal in many ways and last semester I found it a bit harder to deal with. It all just hit me then. You just want to message her then you realise you can’t do that. She’s not there. So it became more difficult.

“We got on really well and used to go on coffee dates and sit down and talk about anything. She would take me clothes shopping and was pretty amazing.”

From that adversity has come a stronger resilience from Alanna to keep moving forward on whatever fairway her golfing path takes her.

One thing she loves doing when she is back in Tauranga is catching up with BOP Golf staff Chris McAlpine and Mike Campbell who helped her so much at the start of her golfing odyssey.

That ability to stay grounded is also a hallmark of Lydia Ko and Rotorua’s Danny Lee, two Kiwi golfers who made their name in the cut and thrust of professional golf in the USA.