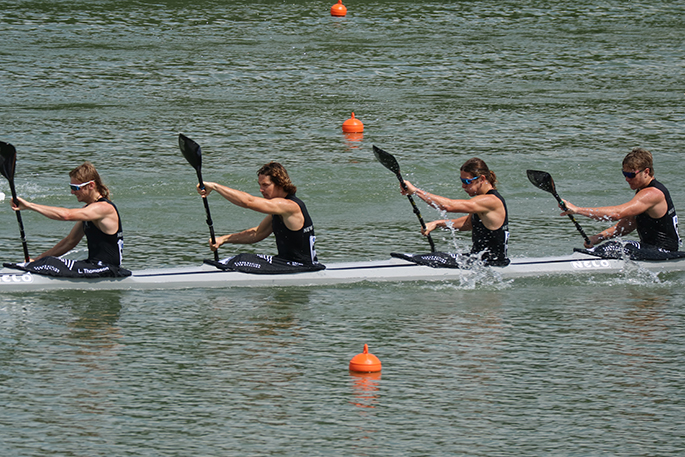 In hot, muggy conditions and testing headwinds, New Zealand successfully advanced four out of five boats to the semi-finals on day three of the ICF Junior and U23 Canoe Sprint World Championships in Pitesti, Romania.

The New Zealand open K1 men’s 500m champion took to the water in the first heat and produced a controlled display to flash past the line in fourth (1:53.982) to comfortably advance to the semi-finals. Ivan Semykin of Ukraine grabbed top spot 2.450secs clear of the Mana paddler.

Kurtis was earlier called into action in the U23 men’s K4 500m as a late replacement for Ashton Reiser after the North Shore paddler unfortunately withdrew through illness. 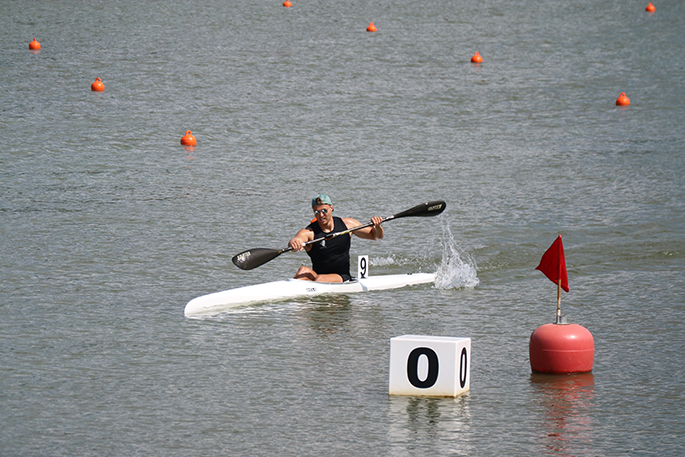 Kurtis Imrie paddles in the U23 Men’s K1 1000m A Final. Image courtesy of Alison Pritchard

Facing the possibility of being scratched from the competition, Kurtis’s goodwill allowed the crew - also containing Ben Duffy, Zach Ferkins and Hamish Legarth - to compete and the quartet placed a highly-respectable fifth (1.30.446) in heat one to progress to today’s semi-finals. Australia claimed the heat victory in 1:25.111.

Completing the distance in 1:33.392 the foursome crossed the line in seventh, which will see them line up in the semi-finals later today at 5.54pm. The race victory was secured by the powerful Hungarian crew in 1:24.429.

The Kiwi combination of Olivia Brett and Pieta Luthi also successfully navigated a path through the semi-finals of the junior women’s K2 500m.

Earlier today, Olivia also concluded her challenge in the junior women’s K1 200m. The Christchurch-based paddler placed fifth in her semi-final (44.910) to advance to the B Final, where she went on to place a solid sixth in a time of 45.147 – 1.588seecs adrift of the race winner Zeljana Petrovic of Serbia.

Tilly Pritchard (Arawa), the other New Zealander to compete on day three in Pitesti, did not advance from her heat of the junior women’s K1 500m. The teenager finished eighth in 2:15.761 in a race won by Hungary’s Emese Kohalmi (2:01.950). Tilly also competed as part of the Kiwi junior women’s K4 500m crew earlier in the regatta and she will be richer for her experiences in Romania.

The final day of action in Pitesti starts at 5.48pm (Sunday, NZ Time). The Kiwi boats in action, see below.