Organisations band together to reduce speeding 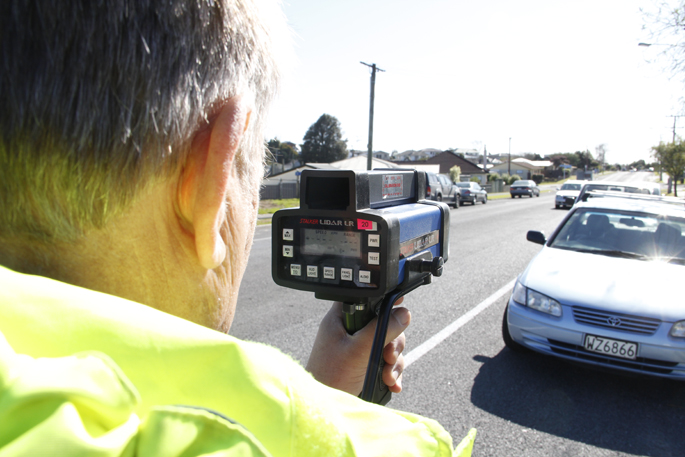 The New Zealand Police, the Australasian College of Surgeons and Brake are urging people to think about the consequences of driving too fast for the conditions.

Acting Superintendent Bronwyn Marshall, national manager for road policing says if you crash at a high speed, the level of injury sustained will be worse than a crash at low speed.

“Effectively the speed you drive will dictate whether you or other victims in the crash walk away or are carried away.”

Bronwyn says police offers are often the first to arrive at the scene of a crash, and they see first-hand the tragic injuries and harm that occurs when people decide to speed.

Mr Li Hsee, chair of the Royal Australasian College of Surgeon’s New Zealand trauma committee, urges motorists to think of the consequences before stepping on the accelerator.

“Road traffic crashes are the number one cause of major trauma in New Zealand.

“Speeding is one of the main driver behaviours associated with fatalities and life-threatening injuries.

“Severity of injuries and probability of death are proportional to the speed of impact.

“As trauma surgeons, we care for patients who survive road crashes.”

Li says for many, crashes can result in a life of disability, pain, hardship and regret.

“We would challenge anyone who believes its okay to exceed the speed limit to spend some time on our watch.”

Caroline Perry, who is the director of Brake – a road safety charity which supports bereaved families, says she sees the devastating consequences of crashes that involve speeding or driving too fast for the conditions.

“It’s important we understand that speed is an outcome factor in every crash; the speed you’re doing will determine the likelihood of you surviving a crash or not.

“It’s vital you keep below speed limits, and in winter, when weather conditions are often poor, that may mean slowing down even more and increasing the distance between you and the vehicle in front.”

Acting Superintendent Marshall says if people just followed the rules of the road and reduced their speed, everybody on the road would be a lot safer.

weny past bayfair in 30k area. passed by a car doing well in excess of 60. went around the islaand nearly sideway

allowed to be imported, that are capable of doing huge speeds? According to the sales brochures and reviews, a car that can go from zero to 100 in 2.1 seconds is much better than a car that can do 0 - 100 in 3 seconds? Gone are the days of cars being unable to reach more than 130kph unless down a big hill... now, EVERY car can reach 160kph (or it is a hopeless sh heap) and many are capable of 250 kph plus? Cars should not be Judged better if they are extremely fast, when ANCAP rating crashes are done at 63 kph. As a society, we need to have cars slowed to 120 kph electronically, as they do in Japan... then people wont want cars based on performance... probably built in phone signal jammers would be good while you are at it.

All road accidents are are caused by drivers error,very few are caused by mechanical failure.and not caused by the road.If you drive to the conditions and not be distracted you will stay on the black stuff.Sure speed will have a greater impact on the damage. In my opinion our road speed signs are set very low now.Lowering road speed will not change drivers habits and style,it will only cause more frustration on the road.If the authorities want to reduce road toll and dont want to educate drivers before licensing,reducing speed wont do it just look at the number of single car accident.The easiest way to control speed is let the road surfaces deteriorate.