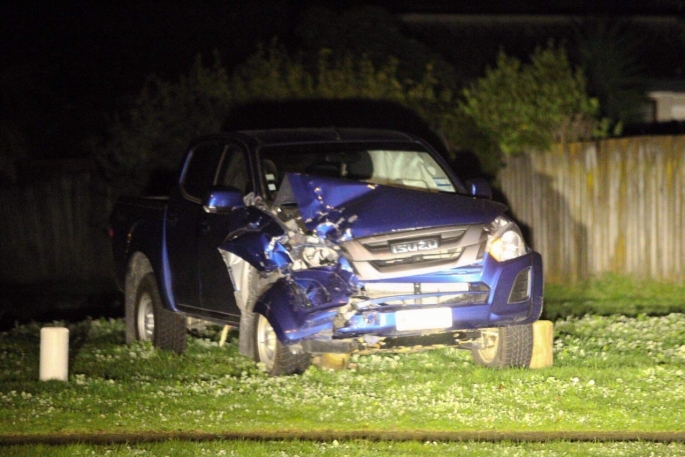 A car hit a parked car in Range Rd, Papamoa on Friday evening. Photo: Cameron Avery/SunLive
There were two vehicle crashes in the space of about 20 minutes in Papamoa tonight.
Police were notified around 8:55pm on Friday evening that a car had hit a parked car on Range Road in Papamoa.
No injuries were reported. Police are speaking with the driver of the car that hit the parked car.
Less than 20 minutes after the first crash a car reportedly crashed into a traffic island near Hartford Ave around 9:11pm.
Police say that the people that were in the car have run off.
Police are in the area.
At the scene? Please email newsroom@thesun.co.nz
More on SunLive...
0 Comments
You must be logged in to make a comment. Login Now
There are no comments on this article.