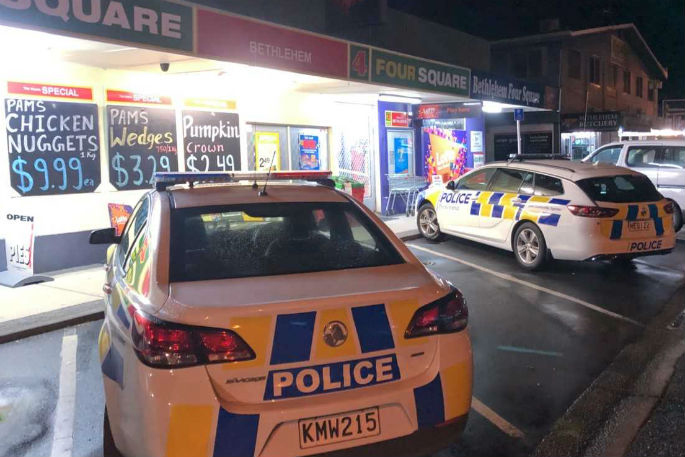 The three offenders, two aged 17 and one aged 14, entered Four Square on SH2 in Bethlehem around 7.50pm, threatening staff with a knife and taking cash and cigarettes.

A police spokesperson says the offenders fled the scene in a stolen vehicle and were later identified travelling north towards Auckland.

“A pursuit was briefly initiated in the Paeroa/Waihi area but was soon abandoned due to the manner of driving.

The trio, all from the greater Auckland area, are due to appear in court at a later date.

The victims were not injured in the robbery, but are understandably shaken and are receiving support.

Police believe one offender who was also involved remains outstanding and are appealing for anyone with information which can assist to call 105, or Crimestoppers anonymously on 0800 555 111.