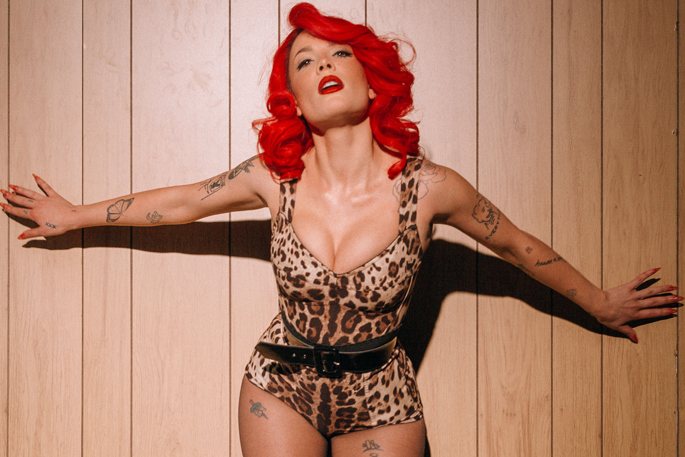 Halsey will perform at Bay Dreams 2020 on January 2 at Mount Maunganui. Image: Supplied.

The dates for the biggest event in New Zealand’s summer music calendar are locked and loaded with one of the most exciting line-ups yet.

Presented by Greenroom Vodka and The Edge, Bay Dreams will return in 2020 to Trustpower Baypark Stadium at the Mount on January 2, and Trafalgar Park in Nelson on January 4, with international superstars Halsey and Tyler, The Creator confirmed as headliners, alongside other international names including Skepta, Yelawolf and Ella Mai.

Meanwhile, the first headliner for the Bay Dreams warm-up party in Nelson on January 3 has been revealed, with Shapeshifter confirmed. Friction, Kings of the Rollers, The Upbeats are also joining the Nelson pre-party, with more acts still to be announced – along with a huge announcement for the Mount pre-party on January 1.

Tickets are on sale from Wednesday August 14 at 7pm. There will also be a Spark pre-sale from 7pm Monday August 12, a 48 hour pre-sale for Spark customers only.

Bay Dreams, which will be held at the Mount for its 5th year, expanded in 2019 to include a sister event in Nelson. Both events in early 2019 sold out and proved to be a phenomenal success, making Bay Dreams officially New Zealand’s largest and most popular festival.

“After the amazing success of the festival’s launch into the South Island earlier this year, we have been heavily focused on building on that success and delivering the highest quality, international standard festival we possibly can.”

Promoters will raise the bar even further with Bay Dreams 2020, once again promising to deliver a world-class event with top class production, a line-up that’s second to none and attention to detail on festival lay-out and the overall festival experience.

“Bay Dreams will always continue to focus on bringing the best line-ups to the country, however I am excited for our team to place an equal focus on creative production, added facilities, improved crowd management, and new experiential elements working alongside some amazing new partner brands,” says Bay Dreams festival director Mitch Lowe.

“We can’t wait to step it up once again for you all,” says Bay Dream festival director Pato Alvarez.

“Our team has been working harder than ever to bring New Zealand a world class festival.”

With a reputation for securing some of the biggest names in music who rarely make it to New Zealand shores – such as hip-hop icon Cardi B who played at this year’s festival at the Mount – Bay Dreams promotors are thrilled to reveal Halsey – at the Mount only, and Tyler, The Creator as two of 2020’s headliners.

With a string of smash hits to her name, including ‘Without Me’ and ‘Nightmare’, as well as the Yungblud and Travis Barker collab ’11 minutes’ and her feature track ‘Closer’ with The Chainsmokers, Halsey is the current undisputed queen of pop.

While Tyler, The Creator will make his first visit to New Zealand in over five years on the back of his sold-out UK and US tours, following the release of his critically-acclaimed album IGOR.

With Bay Dreams continuing to sell out year-after-year, it is expected that tickets for both the Mount and Nelson will be in hot demand, so punters hoping to secure their spots at New Zealand’s biggest day in the music calendar are advised to get in quickly.

Tickets are on sale from www.baydreams.co.nz from 7pm Wednesday August 14.