Helicopter called in to search for missing person 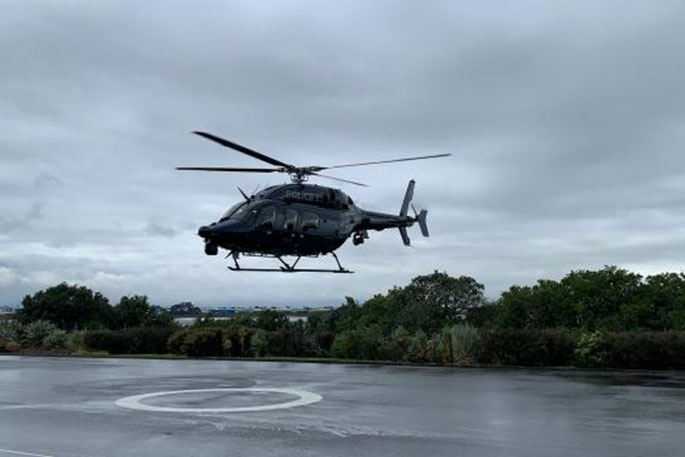 Police say the Eagle helicopter was looking for a person reported missing in Tauranga earlier this morning.

A person who was reported missing in Tauranga earlier this morning has been “found safe and well”.

SunLive received multiple messages on Facebook this morning from people wondering what the helicopter was doing circling over the Matua/Otumoetai area around 4am.

One resident says police were searching the area of Kulim and Fergusson parks, all the way up to the Caltex Service Station on Otumoetai Road.

People are saying the helicopter was so loud that there was “no chance of sleep with all that noise”.

SunLive contacted police to find out what was happening in the area this morning.

A police spokesperson say the Eagle helicopter was assisting to locate a person reported missing.

“They were found safe and well.”

Eagle is not a noisy chopper,it has to fly at a height for max result from infrared image.Im in Matua and was buzzed for 30 minutes,ok I missed out on a bit of sleep but if anyone out there and plans to complain about it dont.one day you might need the service the Eagle to save your life.Dont be like those people who have bought into areas around Whenuapai knowing that there is a air field next door and complain about noise there.Most of the activities there is for SAR and emergency mission in NZ or our neighbours.or diplomatic.