No injuries in Takitimu Drive crash 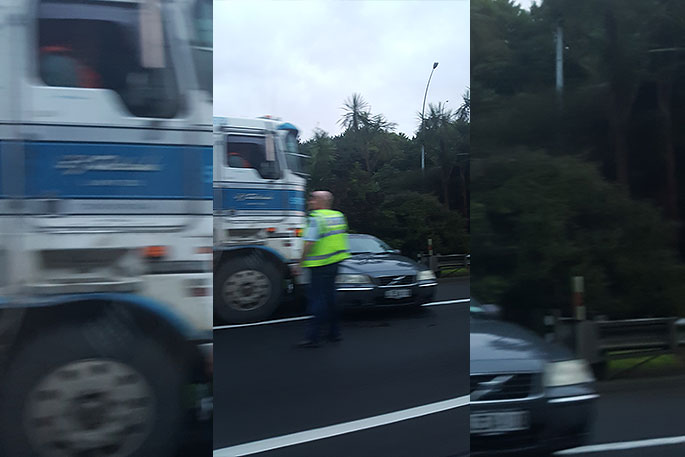 The car and truck involved in this morning's crash. Supplied photo.

Delays are being on Takitimu Drive this morning following a truck crash.

A caller to the 0800 SUNLIVE news hotline says a car and a logging truck appear to have crashed near the Waihi Road off-ramp.

"It doesn't look like there are any injuries. Everyone is out of the car.

"Traffic is backed up and bit. Police are at the scene."

A police spokesperson says they received reports of a "vehicle collision on Takitimu Drive at 7.10am.

"The crash reportedly involved a car and truck.

"No injuries were reported but one lane is blocked."