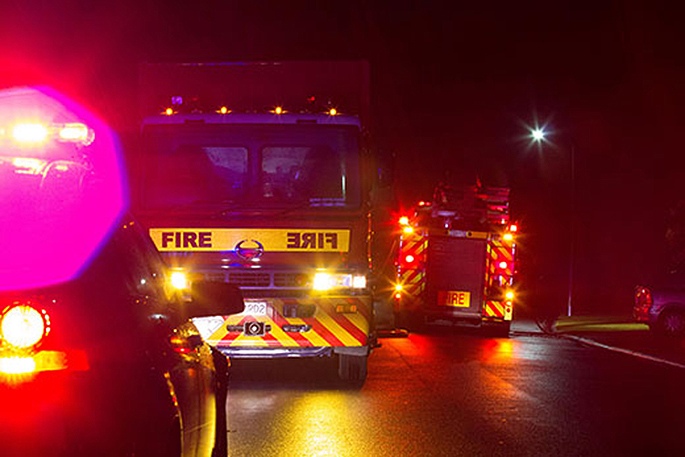 Firefighters were called to the fire on Saturday night.

Police are investigating a house fire in the Western Bay of Plenty.

Firefighters were called to the blaze in Tahawai, near Katikati, at 9.58pm on Saturday,

“It was well involved on our arrival, everyone was out of the house.

“It was a house fire at the rear of the property.”

Carren says the fire affected one bedroom and the roof lining.

A police spokesperson says they were also called to the house fire.

Anyone with information relevant to the fire can contact Crimestoppers on 0800 555 111 or non-emergency information can be left via the police’s 105 number.