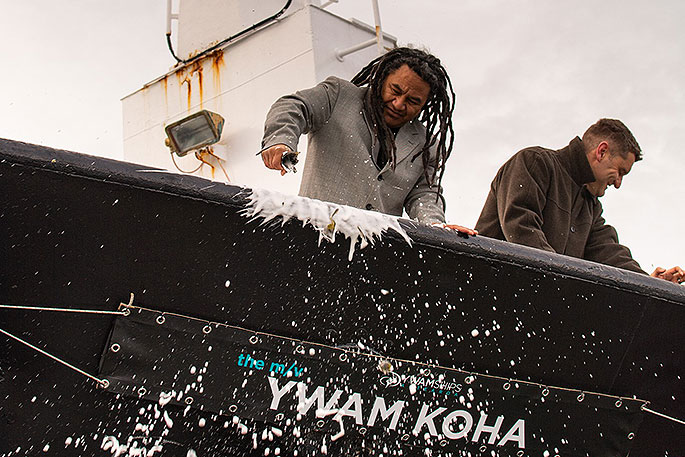 A former cargo vessel has been renamed M/V YWAM KOHA in a special ceremony held in Tauranga Harbour as part of its transformation into an aid ship to help remote Pacific island communities.

The 48m-long ship was gifted to Christian humanitarian organisation YWAM Ships Aotearoa (Youth With A Mission) in April this year by Nigel and Brenda Jolly from Stoney Creek Shipping Company Ltd.

“It’s in recognition of the amazing gift Nigel and Brenda have bestowed, and also acknowledges our vision that this vessel will be a gift to isolated Pacific islands.”

YWAM KOHA is due to sail down to Lyttleton for dry dock maintenance in early spring before being relaunched as a volunteer-based medical aid ship.

She will then be taken on a multi-port promotional tour around New Zealand to raise awareness, supplies and funds for her future deployment. 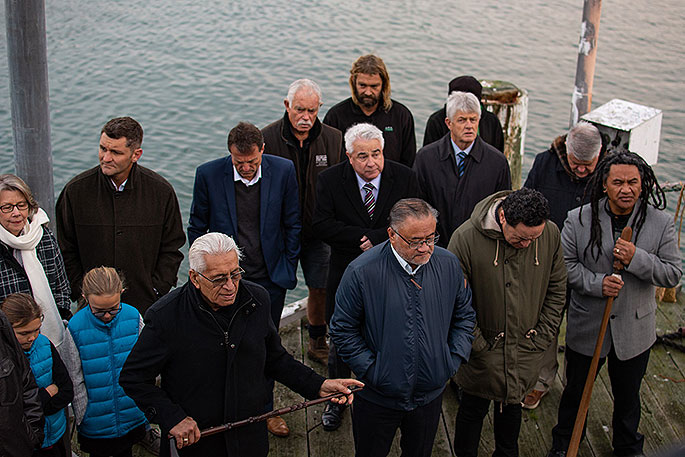 “Once the cyclone season has finished in early May, we will sail YWAM KOHA north and serve as many isolated islands as possible for the next six months,” Curtis explains.

Shipping containers stowed on YWAM KOHA’s deck will be converted into medical or dental clinics, operating theatres and x-ray units, among other things. “Most of the work we do is in the villages themselves. We anchor close to shore and can then provide primary health care, preventative medicine such as vaccinations, oral health checks and eye examinations to these remote communities.”

YWAM KOHA’s exact itinerary is yet to be confirmed but Curtis says island nations stretching between the Solomons in the west and Tonga in the East are being considered for this inaugural outreach.

“Representing New Zealand and being sent from our shores north will be an honour and privilege for YWAM Ships Aotearoa. We are following our nation’s earlier routes to Melanesia from Mission Bay in Auckland, where New Zealanders played a major role in the development of so many island nations.

“Now many of their villages located on some of their more isolated outer islands desperately need New Zealand’s help. We are making ready our ship for medical and general volunteers to once again make an impact and a life-time difference to thousands on each voyage.”

The ship will have the capacity to carry containers, supplies, crew and volunteers to assist with everything from education to medical and developmental projects.

“The vast majority have no airstrips and no bridges connecting them so the only way to reach them is via ship.”

The couple say their decision to donate the vessel to YWAM was out of a desire to see the boat looked after and do something they can be proud of. It has been based in Tauranga for the past nine years and was previously used to carry supplies to Pitcairn Island for the British Government.

Anyone who is interested in donating or volunteering on YWAM KOHA can get in touch via the organisation’s website https://www.ywamshipsaotearoa.org.nz. Marine, general and medical volunteers are being sought.

YWAM is a global movement that has operated ships since 1978. Curtis says YWAM believes everyone should have the right to the basic necessities of life including access to food, clothing, shelter, healthcare and education for their children.

“Our mission is to bring access for all people, in every location, no matter how isolated or small their island is. This is why we use ships.”